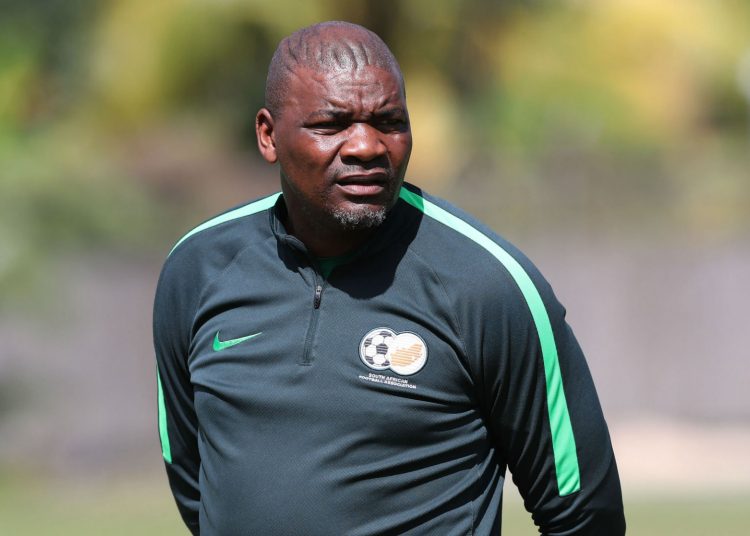 Bafana Bafana head coach, Molefi Ntseki, has admitted that Black Stars head coach, Kwesi Appiah, out-thought and outmaneuvered him on a tactical level when the two teams met in Cape Coast on Thursday in the opening round of the AFCON 2021 Qualifiers.

Ghana won the match 2-0 thanks to goals from Thomas Partey and Mohammed Kudus.

After the match, Ntseki, said that even though his team competed well on the day, he cannot help state his pure admiration for Kwesi Appiah after the Ghanaian delivered a tactical masterclass to get the win.

“I’ve got so much respect for Kwesi Appiah. Tactics will always win games but tactics will have to go with effort.

And if you look at the game, Ghana’s efforts exceeded ours. So if you want me to admit it, yes, Kwesi Appiah won this tactical war.”

Black Stars captain, Andre Ayew, seemed to corrobrate Ntskei’s stance by explaining why he seemed to be floating all over the pitch during the match especially in the first half.

Ayew explained that he had to shift his position to deal with the threat of the South Africans and that was what he had been instructed to do.

“I felt comfortable with my performance but in terms of tactics, the South Africans had more numbers in midfield and so, we had to respond to that by packing our midfield so players like Baba Iddrisu and Thomas Partey would not outnumbered. The plan worked and we hope to use another good plan in our next match.”

What’s next for South Africa?

They face Sudan on Sunday November 17, 2019 in hopes of getting their first points in the qualifying series.