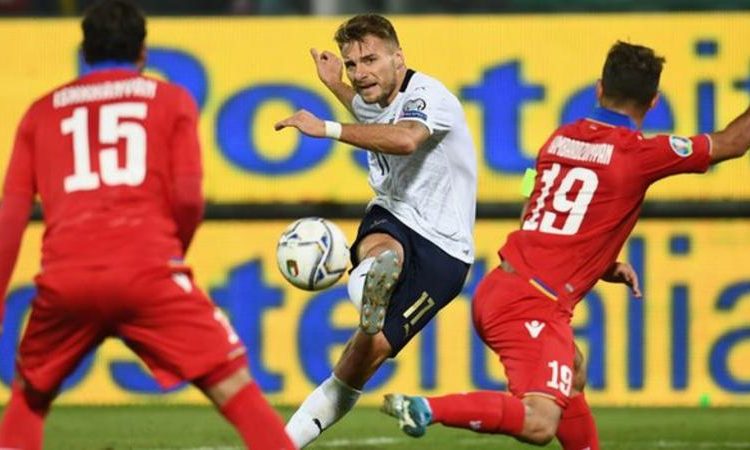 Italy recorded one of the biggest wins in their history as they completed their successful Euro 2020 qualifying campaign by thrashing Armenia 9-1.

Ciro Immobile and Nicolo Zaniolo both scored twice while Chelsea’s Jorginho converted a penalty in the second half.

Edgar Babayan did manage to grab a consolation for Armenia with a stunning long-range strike.

Babayan’s finish stopped Italy equalling their biggest win – a 9-0 defeat of the United States in Brentford in 1948.

The Italian took charge of the national team following their failure to qualify for the 2018 World Cup and led them to 10 wins from 10 in qualifying for Euro 2020 – conceding just four goals – as they finished top of Group J.