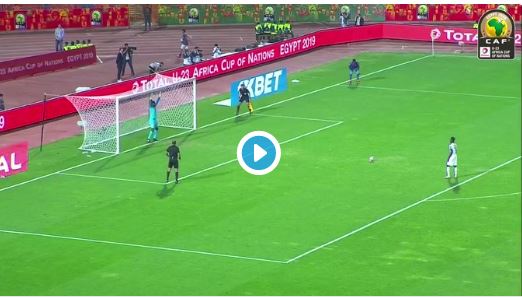 Ghana’s Kwabena Owusu missed a crucial penalty as Ghana lost 3-2 on penalties to Cote d’Ivoire in the semi finals of the AFCON U-23 tournament.

A win would have qualified the team for next year’s Olympic Games in Tokyo, a first appearance at the multi-sport event in 16 years.

After a pulsating 2-2 draw that saw the Black Meteors come back twice to force extra time, the game headed to penalties after extra time failed to separate the West Africans.

Emmanuel Lomotey scored the first kick, and the Ivorians responded.

Then Emmanuel Kudjoe missed Ghana’s second kick, and the Ivorians missed too.

So 1-1 after two kicks apiece.

But after Evans Mensah missed Ghana’s 3rd kick, Hamed Traore converted to give the Ivorians a 2-1 lead.

Kwabena Owusu stepped up to take the final kick, and he needed to score to keep Ghana in the shoot out.

After a decent run up to seemingly commit the goalkeeper, the Leganes forward then kicked a tame effort towards Eliezer Tape’s left, and he made no trouble saving that.

It was all over; another penalty shoot out, another defeat for Ghana as Cote D’Ivoire booked a place to the Olympics for the first time in their history.

Ghana can still qualify for the Tokyo 2020 Olympic Games if they win their 3rd place play-off match on Friday.