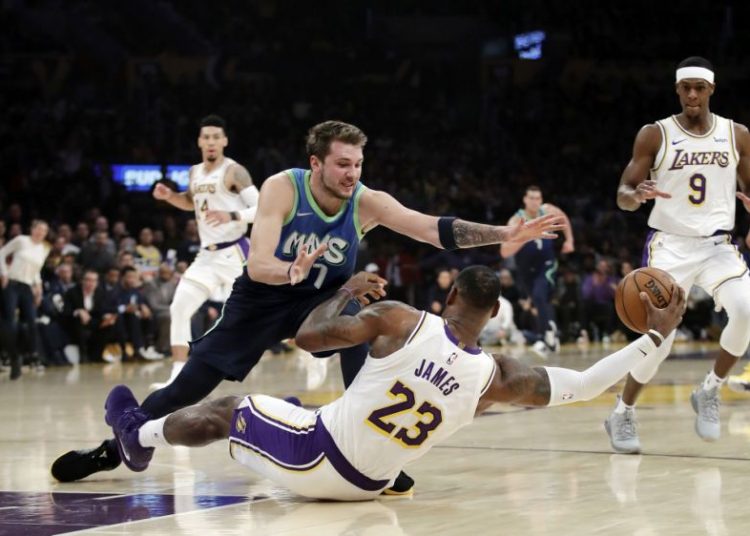 After fighting through a thrilling triple-double showdown that just slipped out of his reach, Luka Doncic was bound and determined to avenge last month’s overtime loss to LeBron James and the Los Angeles Lakers on Sunday afternoon.

Thanks to a huge second-half run, that’s exactly what he did.

Doncic and the Dallas Mavericks flew past the Lakers 114-100 on Sunday at the Staples Center, snapping Los Angeles’ impressive 10-game win streak.

The Lakers jumped out of the gate to a 10-point lead, appearing more than ready to keep their win streak alive. Yet after rallying just before halftime, the Mavericks took off in the third quarter.

Dallas mounted a massive 28-5 run spanning nearly nine minutes to start the second half, easily snagging a 20-point lead. Doncic dropped 16 of his 27 points in the third quarter, too, while helping the Mavericks hold the Lakers to just 17 total team points — their lowest output in a single quarter so far this season.

From there, the Mavericks’ lead was simply too much for the Lakers to overcome.  Dallas cruised to the 14-point win, marking its seventh in its past eight games.

Doncic finished just one rebound shy of a triple-double, ending the night with 27 points, 10 assists and nine rebounds while shooting 10 of 23 from the field. Delon Wright added 17 points off the bench, and both Kristaps Porzingis and Dwight Powell added 15 points.

Despite his near-triple-double, Doncic started out the day shooting just 2 of 9 from the field.

Anthony Davis led the Lakers with a double-double with 27 points and 10 rebounds. James finished with 25 points, nine rebounds and eight assists.

Even though they now have a marquee win against one of the best teams in the league under their belt, Carlisle said his focus going forward is keeping his team on track.