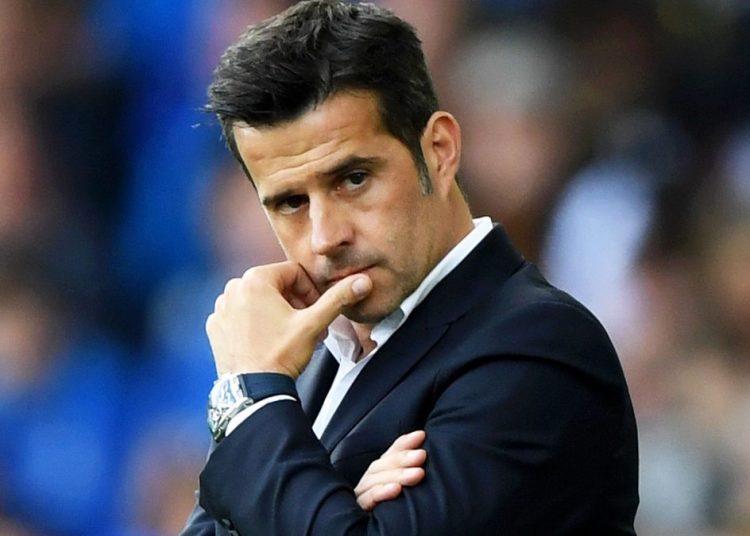 Everton has sacked Marco Silva as their manager.

The Portuguese coach has paid the price for the Toffees’ poor start to the season, which has seen them lose nine of their opening 15 Premier League games.

The final straw for the Everton board was Wednesday’s 5-2 defeat by local rivals Liverpool in the Merseyside derby, which has left the club in the relegation zone.

Everton’s majority shareholder Farhad Moshiri had long admired Silva before finally getting his man in the summer of 2018 following a protracted pursuit.

Silva had first been targeted by the Merseyside club in November 2017 when in charge of Watford, who sacked him the following January, blaming Everton’s approach as their catalyst for the decision.

Everton duly handed him a three-year contract in May 2018, with Sam Allardyce making way, and paid Watford £4million in compensation after the Hornets accused their league rivals of an illegal approach.

Silva guided Everton to an eighth-placed finish last season, but this term results and performances have been woeful, despite spending in excess of £200m during his time at Goodison.

The Toffees have signed a host of talented players, including Alex Iwobi, Yerry Mina, Richarlison and Moise Kean, during Silva’s reign.

But it has failed to improve their fortunes with Everton sitting 18th in the table following their defeat to Liverpool and facing a tricky run of games against Chelsea, Manchester United and Arsenal over the festive period.

It’s not clear who will succeed Silva but one name being linked with the job is former Toffees boss David Moyes.

The Scot, who spent 11 years in charge of Everton before joining Manchester United, could return on an interim basis if the club does not announce a long-term replacement for Silva.

Everton will aim to have a new coach in place by Saturday, with Everton hosting Chelsea at Goodison Park.