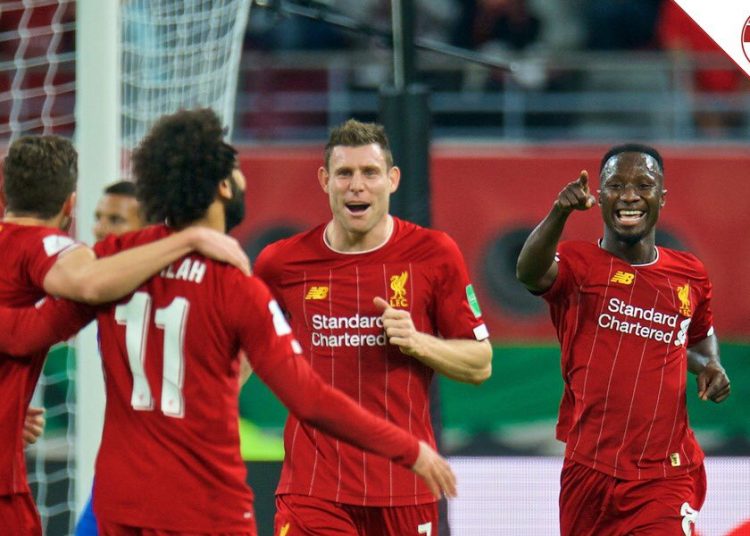 Roberto Firmino scored a dramatic injury-time winner – five minutes after coming on as a substitute – to give Liverpool victory over Mexican side Monterrey and book their place in the Club World Cup final.

The Brazilian striker, who replaced Divock Origi in the 85th minute, poked in fellow substitute Trent Alexander-Arnold’s cross from close range in Doha.

Liverpool’s Naby Keita had opened the scoring in the first half after an excellent Mohamed Salah through ball before Rogelio Funes Mori equalised.

The Reds will take on Brazil’s Flamengo in Saturday’s final (17:30 GMT kick-off), which will be shown live on BBC Two and BBC iPlayer.

Manager Jurgen Klopp, who flew to Qatar with the first-team squad while under-23s boss Neil Critchley took charge of the Liverpool’s Carabao Cup quarter-final defeat to Aston Villa on Tuesday evening, named a makeshift starting XI due to injuries and illness in defence.

As a result, Liverpool looked vulnerable at the back and, despite taking the lead early on, could have fallen behind after chances fell to Monterrey’s Dorlan Pabon, Funes Mori and Jesus Gallardo either side of the break.

Keita also had more chances to score and was denied twice in the second half by keeper Marcelo Barovero.

Funes Mori – the twin brother of former Everton defender Ramiro – shocked Liverpool fans when he pounced on a rebound to equalise three minutes later but the Premier League leaders were persistent, as they have been so often this season.

Salah kept the ball in play before teeing up Alexander-Arnold, who slid across behind the defence for Firmino to poke home, meaning Liverpool avoided extra time and a potential upset in Doha.