Kyrie Irving out for two months with shoulder injury 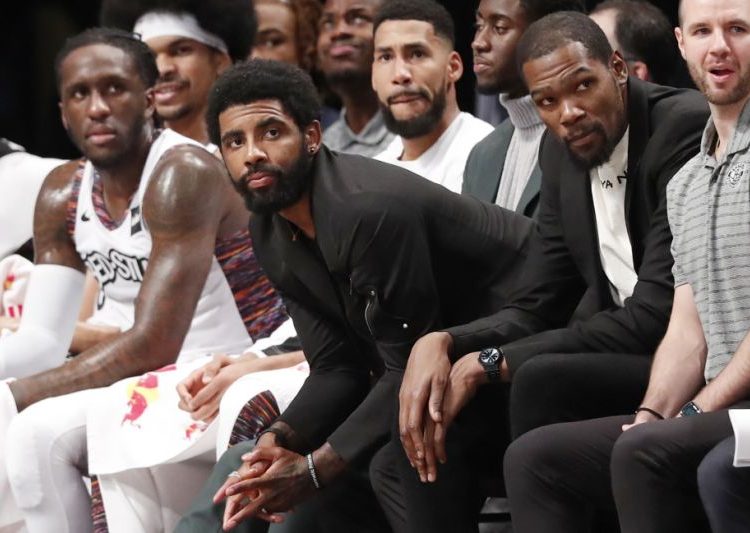 The Brooklyn Nets are almost definitely getting a grand total of zero games from Kevin Durant this season. They might not end up getting much more from their other star free agent, Kyrie Irving.

The Nets point guard told reporters Saturday that he received a cortisone shot to his injured shoulder on Dec. 24, and will have his status reassessed two months from then. The reported hope is he can avoid arthroscopic surgery, which would cost him 3-4 months.

Irving’s shoulder is reportedly in rough enough shape that he can’t lift his shoulder up to shoot the ball due to bursitis.

That’s unfortunate news for both Irving and the Nets (and makes Irving’s lengthy response to certain fans calling him a coward for missing games much more understandable). Irving burst out of the gate in his first 11 games with the Nets, averaging career highs in points (28.5), assists (7.2) and rebounds (5.4) in 11 games.

Irving’s last game came on Nov. 14. It now looks like he’ll be out until at least late February, and could potentially be out for the entire season if he needs surgery.