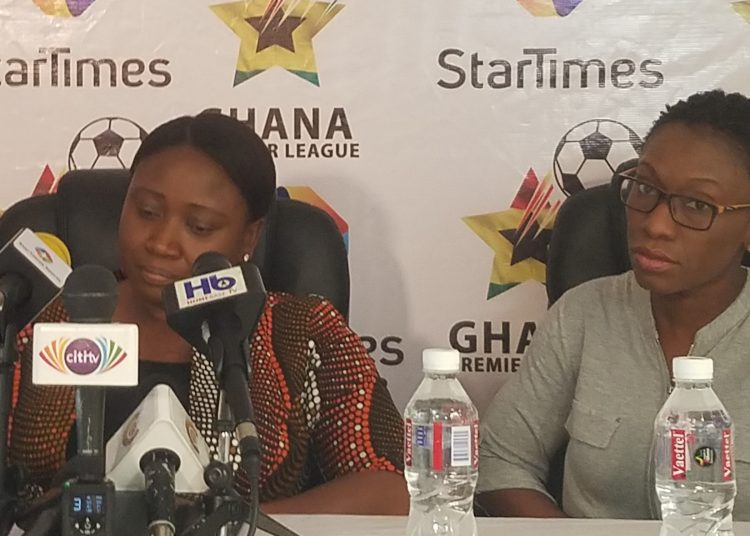 The Chinese Pay TV platform, who have been awarded a 5 year deal to produce and broadcast the league announced that starting match week 3, a total of 38 games will be shown on TV in the first round of the league alone with one match available for Free To Air broadcast each match week.

Every club has also been assured equal exposure to ensure fairness in the coverage.

“StarTimes will provide the biggest and most advanced television production by far with at least 8 cameras for live matches. This will ensure a top quality viewing experience for fans around the world with multiple cameras delivering all the action and emotion of the games,” Akorfa Banson, Marketing Manager of StarTimes told reporters.

“StarTimes expects an audience of over 30 million viewers across our platforms consisting of 13million Tv subscribers and 18+ million app users.

StarTimes have also announced that they have invested heavily in the latest sports broadcast solutions or software in order to bring the quality of our productions as well as the image of the Ghana Premier League to international standards. This will include:

As part of the launch of StarTimes’ launch of the league coverage, special packages have been announced for their decoder to give audience easy access to their platform.

To be able to watch the Ghana Premier League games live in HD, take advantage of our promo and get a full kit package of Decoder, Dish, Cable and LNB for GHC 140.

If you are an existing subscriber, all you need to do is pay GHC 65 for the Super Bouquet and get 15 days extra to enjoy the very best of premium content as the EURO 2020 also beckons on StarTimes.