“No Sogne Yacouba until contract issues are sorted out”- Maxwell Konadu 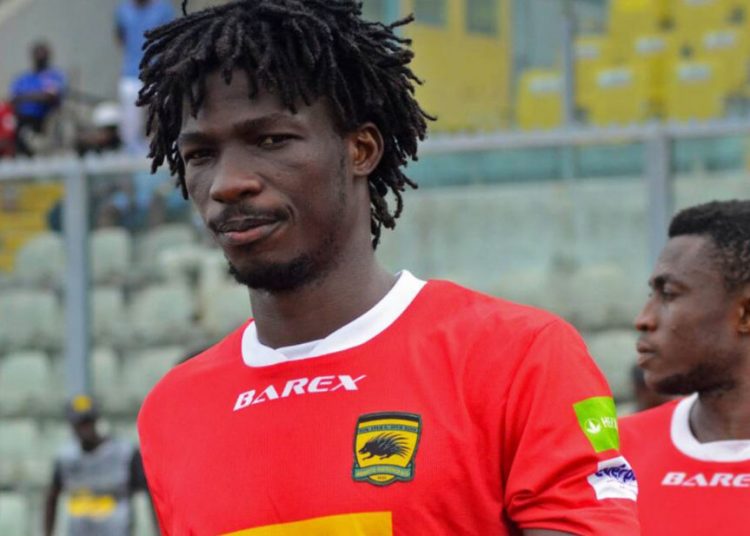 Asante Kotoko head coach, Maxwell Konadu, has revealed that Burkinabe forward, Sogne Yacouba, will not be part of the playing body until all issues over his contract are sorted.

Yacouba and the club have been locked in talks over his future amid reports of his wish to leave and play elsewhere.

Konadu stated that he dropped the player from the Super 2 clash due to these issues and he would be willing to keep the player away from the team until there was some clarity on the situation.

“Yacouba is a good player by all standards but when I am managing a team and we have issues to settle, we need to sort those issues out before he can play.

We want him but we need to sit down and talk. Until then, Kotoko is a team and has to take certain decisions.

We left him out of the Hearts match because we felt he was not mentally focused.

Other than than, he is  a good player and he a Kotoko player and we want him here but we need to talk to his agent and settle all issues before he can come back to the team.”

With the exception of the Hearts vs Kotoko match, Yacouba has played in every match for Kotoko this season and fans will hope to see stay with the team despite the complicated nature of negotiations between the player and the club.

He is demanding a new deal worth USD 150, 000 but the club wants to offer USD 40, 000 and that has been the sticking point of all the discussions.