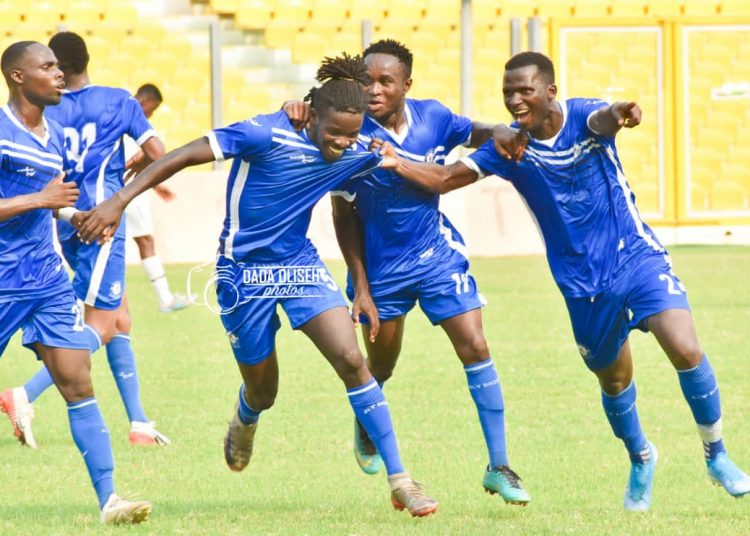 Ebusua Dwarfs got the their second victory of the season after beating Aduana Stars 3-1 in Cape Coast.  Michael Asamoah scored in the 30th minute after he was assisted by Albert Hammond, Asiedu Abubakar added a second 8 minutes later after he was set up by Martin Tsiboah and Isaac Donkor got the third in the 90th minute with the assist from Simon Martey. Yahaya Mohammed ‘s 8th of the season was the consolation for Aduana in the 79th minute.

In Kumasi, Great Olympics edged King Faisal in 4-3 thriller. Olympics went up 2-0 through Emmanuel Clottey but Osman Ibrahim responded twice for Faisal. Yusif Razak put Olympics ahead in the 73rd  but the Baba Yahaya tied the two teams again in the 78th minute. However, Gladson Awako had the final say for Olympics in the 81st minute.

In Techiman, two goals from Victorien Adebayor and Mohammed Zakari powered Inter Allies to a huge 3-0 win at Eleven Wonders.

In what was technically a home game for Liberty Professionals, they lost 2-1 to Dreams FC at the Theatre of Dreams in Dawu. Ibrahm Issah and Dantani Amadu got on the score sheet for Dreams while Elvis Kyei-Baffour got the consolation for Liberty from the penalty spot in the 89th minute.

Zakaria Fuseini’s 56th goal was enough for Berekum Chelsea as they beat Karela FC 1-0 at the Golden City Park.

Similar scorelines were recorded in Accra as Legon Cities FC beat Elmina Sharks with a goal from Abdul Karim Jaliba and Medeama beat Bechem United thanks to a strike from Kwesi Donsu.