“My players were too complacent against Dwarfs” Aduana coach W.O. Tandoh 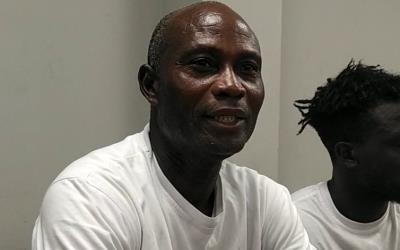 Aduana Stars fell to goals from Michael Asamoah, Seidu Abubakari and Isaac Donkor at the Cape Coast much to the surprise of observers who were of the opinion that the former league champions would have enough to get a good result out of the match.

After the match, Tandoh, did not hide his observations of his players and heavily descended on them for their approach to the match.

“We lost the match because the players very complacent and they felt as though they were sure of a victory.

I do not know how the players saw the match but they were tactically undisciplined on the first half and they produced a zero performance.

Things got better when we started the second half but they caused more blunders and gave away the second and third goals.”

The loss was Aduana Stars’ second of the season and it snapped a three-game unbeaten run where they beat Legon Cities 2-0, drew 1-1 with Berekum Chelsea and defeated Medeama 1-0.

Aduana Stars face Hearts in Dormaa in Week 10 of the Ghana Premier League.