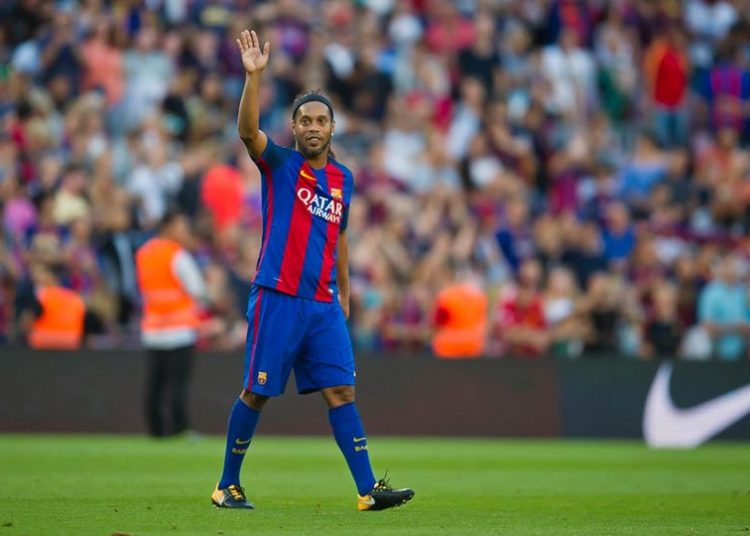 No club and player in the mid-2000s were more synonymous than Barcelona and Ronaldinho.

The outrageously skilful Brazilian became the best player in the world while at the Catalan club and produced a number of memorable performances.

At the peak of his powers, Ronaldinho terrorised defenders across the world, but particularly at the Camp Nou, where he and Barcelona called home.

Never was the Brazilian’s brilliance more prominent than when he booted up in front of his home fans.

This week Ronaldinho, who won two La Liga titles and one Champions League crown with the Blaugrana, returned to the Camp Nou, this time as a guest.

As he walked out into the stadium, Ronaldinho looked around in awe. He was then asked: “Home sweet home, Ronnie?”

Ronaldinho replied with a broad smile on his face: “This is my backyard, my dancefloor.”

The video, posted by Barcelona on Twitter ended with Ronaldinho urging fans to visit the stadium as well as the former world player of the year sticking out two fingers on each hand in his patented celebration.

Government yet to deliver manifesto promises on sports