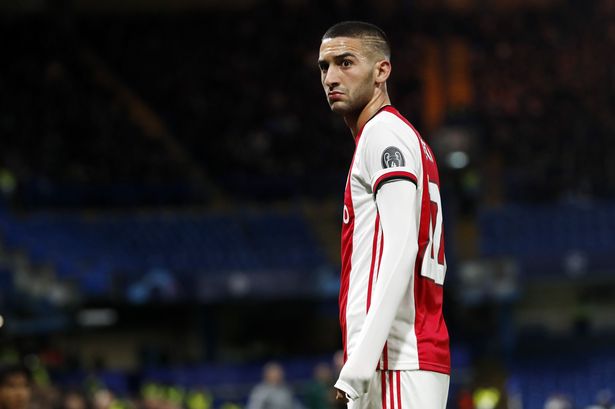 Chelsea are overwhelming favourites to sign Moroccan winger Hakim Ziyech from Dutch club Ajax in the next few days.

The Ajax star is set to make the move to West London for a fee of £38m.

Chelsea have been interested in signing the player for a while and were confident of signing him in January but Ajax did not want to lose him halfway through the season.

The Blues, however, did not give up on the deal and are well placed to land their man this summer.

The deal was first reported by De Telegraaf who stated that a deal had been agreed verbally between the two clubs.

Ziyech has six league goals this season and had laid on 12 assists.

In the Champions League he has scored three times, including a stunning free-kick against Chelsea.

According to Opta, Ziyech has been directly involved in 166 goals since his Eredivisie debut (79 goals & 87 assists), at least 36 more than any other player.