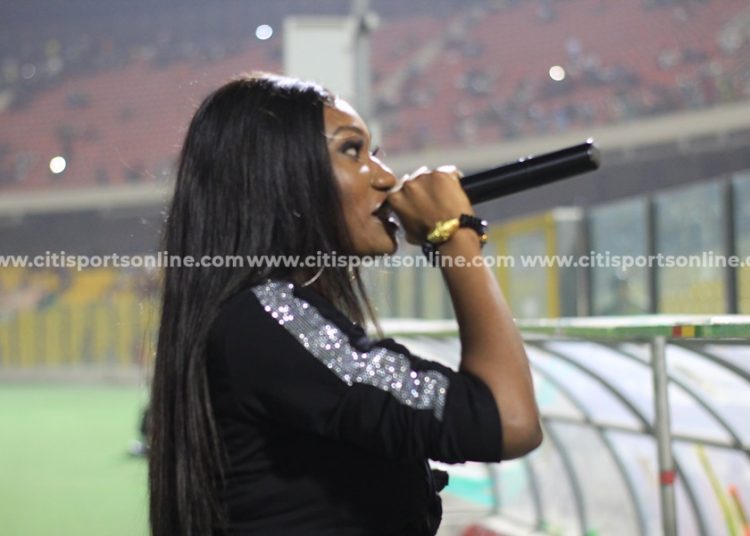 Ghanaian football fans might have headed to the Accra Sports Stadium hoping to see a good game and witness a good performance by songstress, Wendy Shay.

What they got at half-time was more than they could have hoped for. 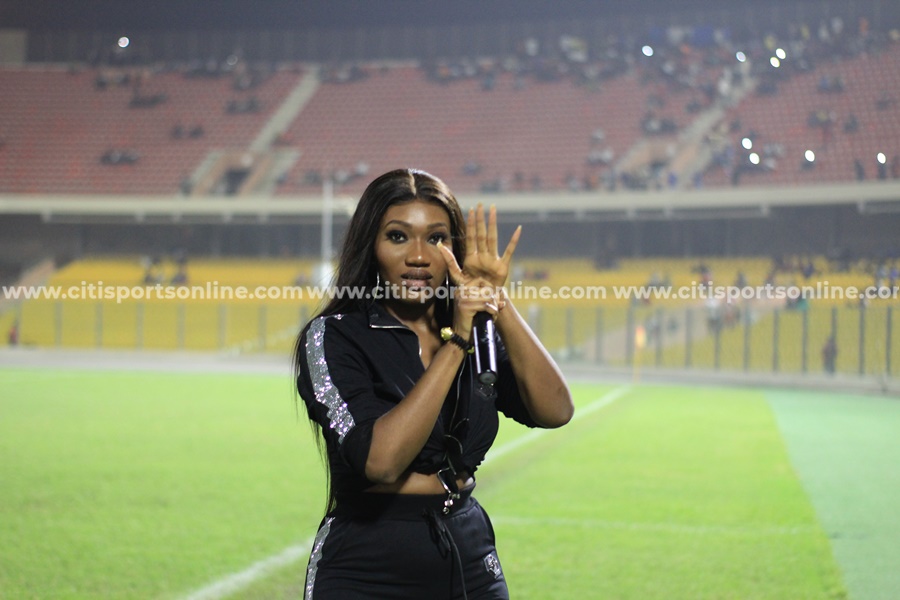 There were screams from the moment Wendy stepped on the pitch and those screams persisted until her epic performance ended. 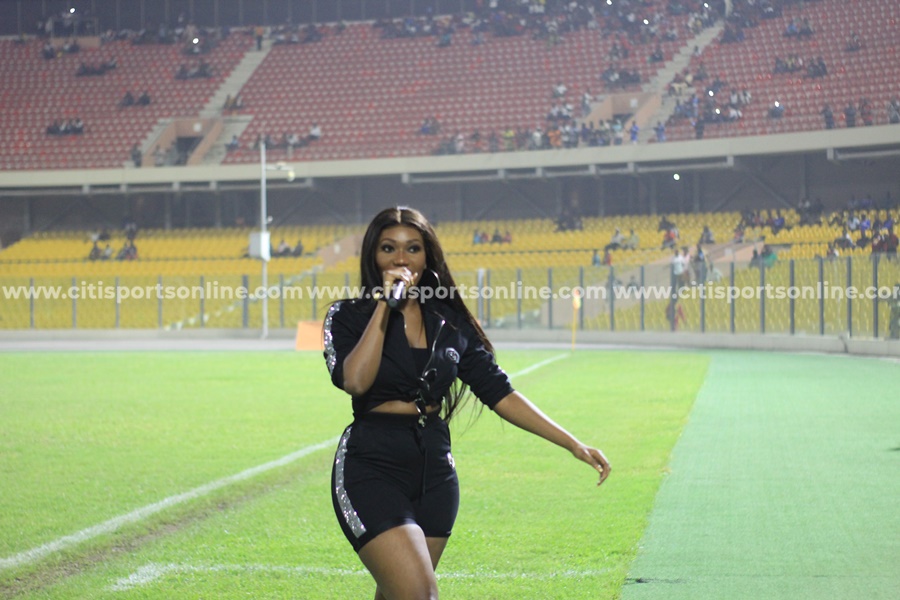 Her energetic performance at the very least matched the similar shows helmed by Shatta Wale, Kwesi Arthur and Medikal before her. 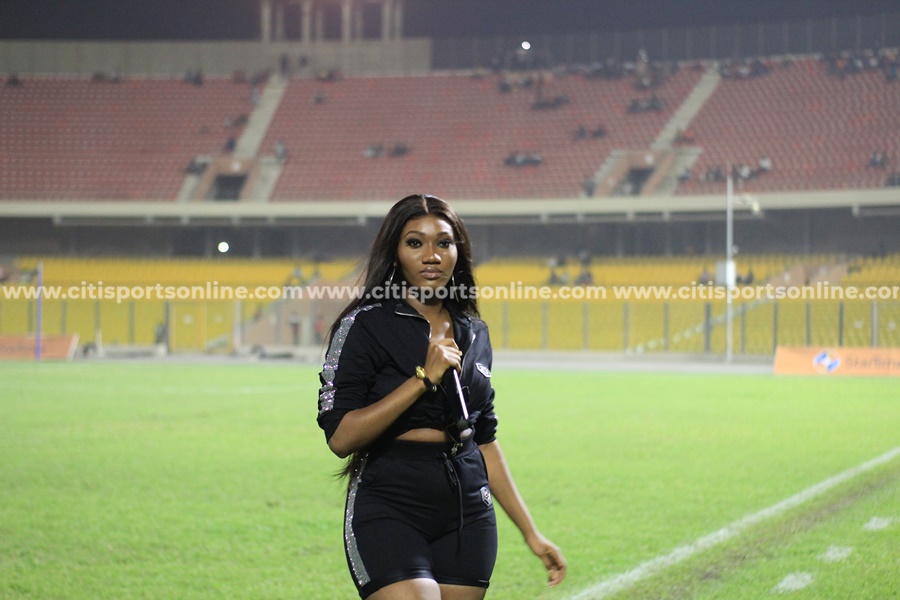 But the cheers for Wendy were certainly the loudest, as she sang hit song after hit song and particularly when she gyrated around the stadium.

As she danced around the stadium, her progress was followed keenly followed by the excited fans in the stadium and by our photographer at the stadium, Yaw Antwi Owusu.

The match itself is currently tied at 1-1.

Take a look at a few more of his shots: 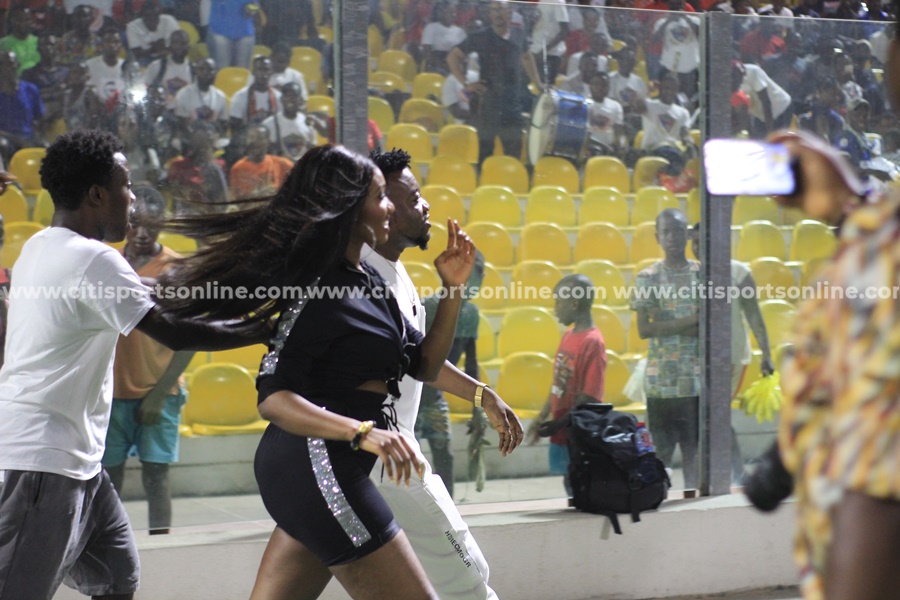 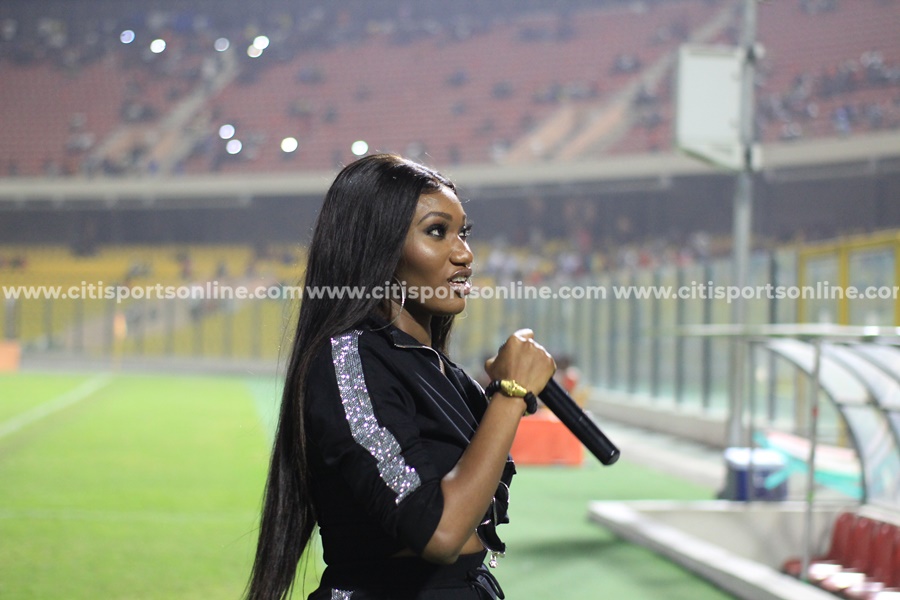 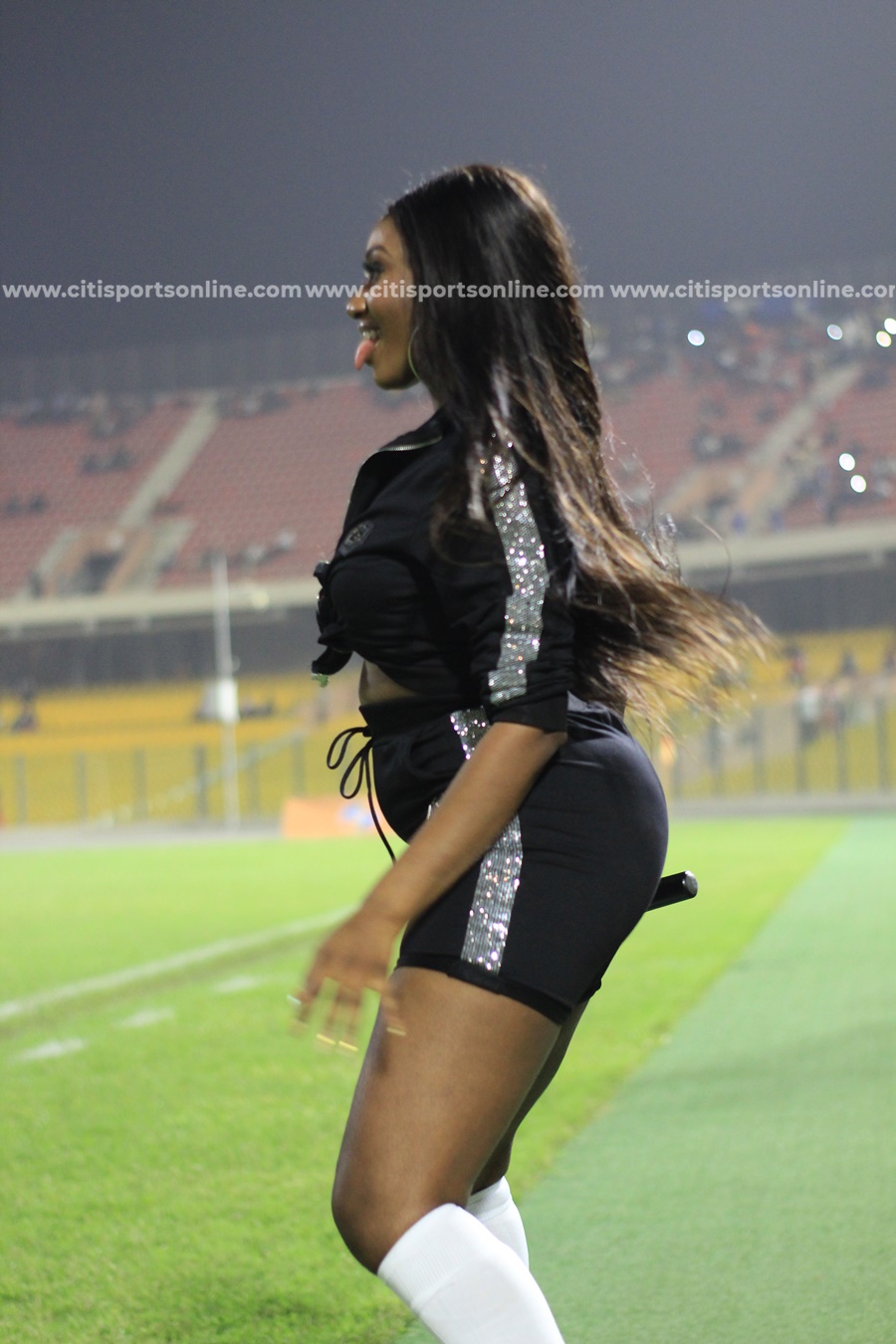 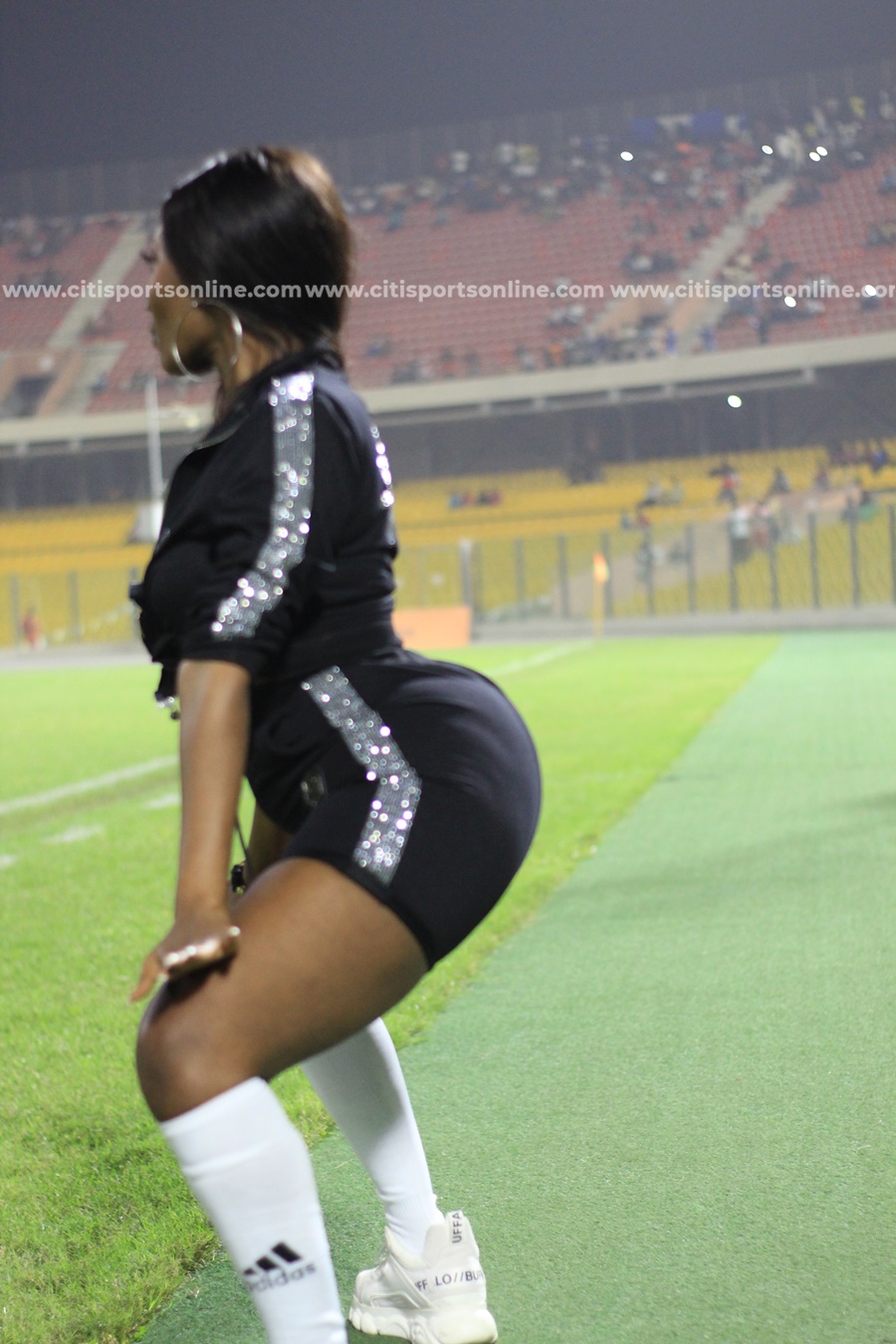 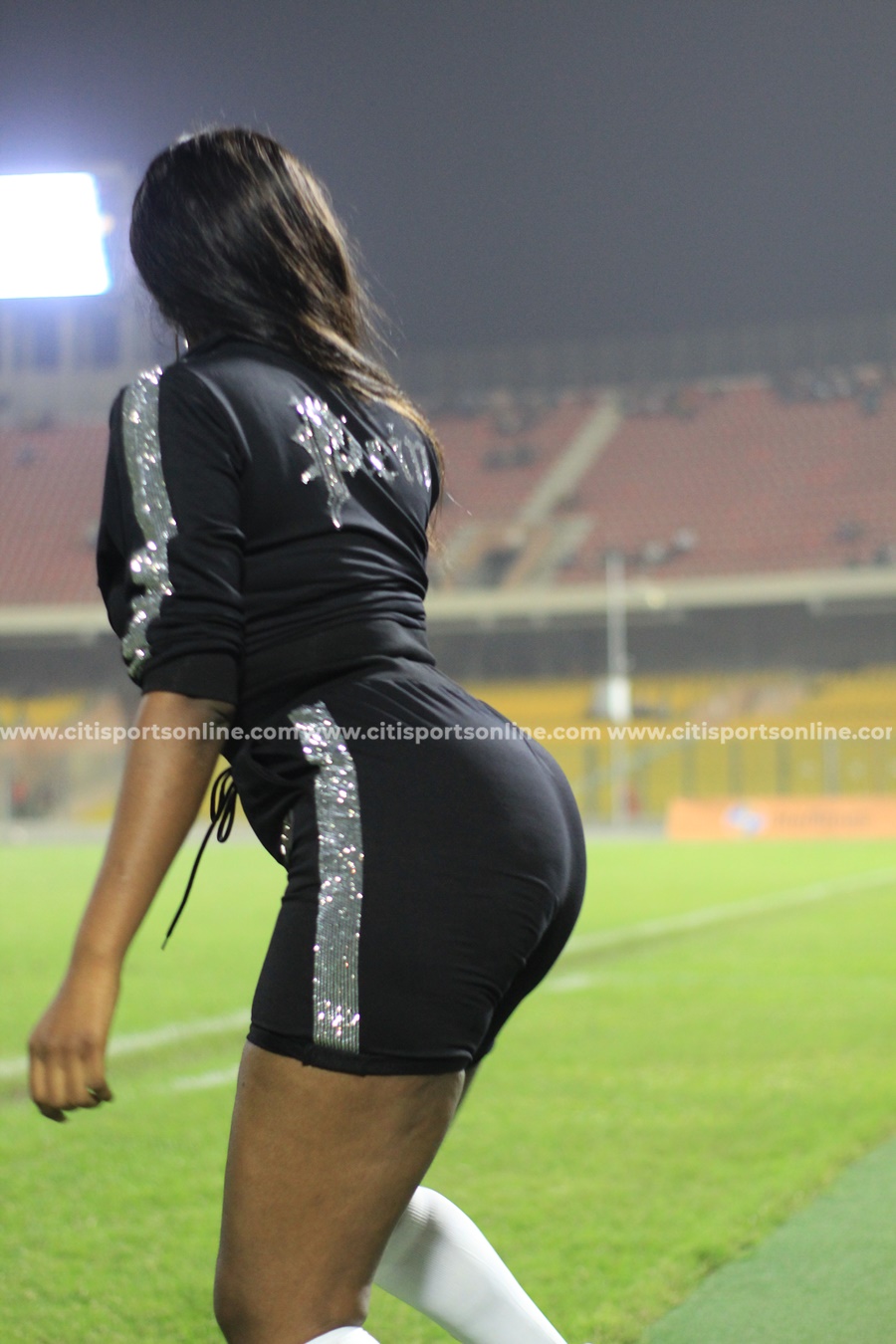 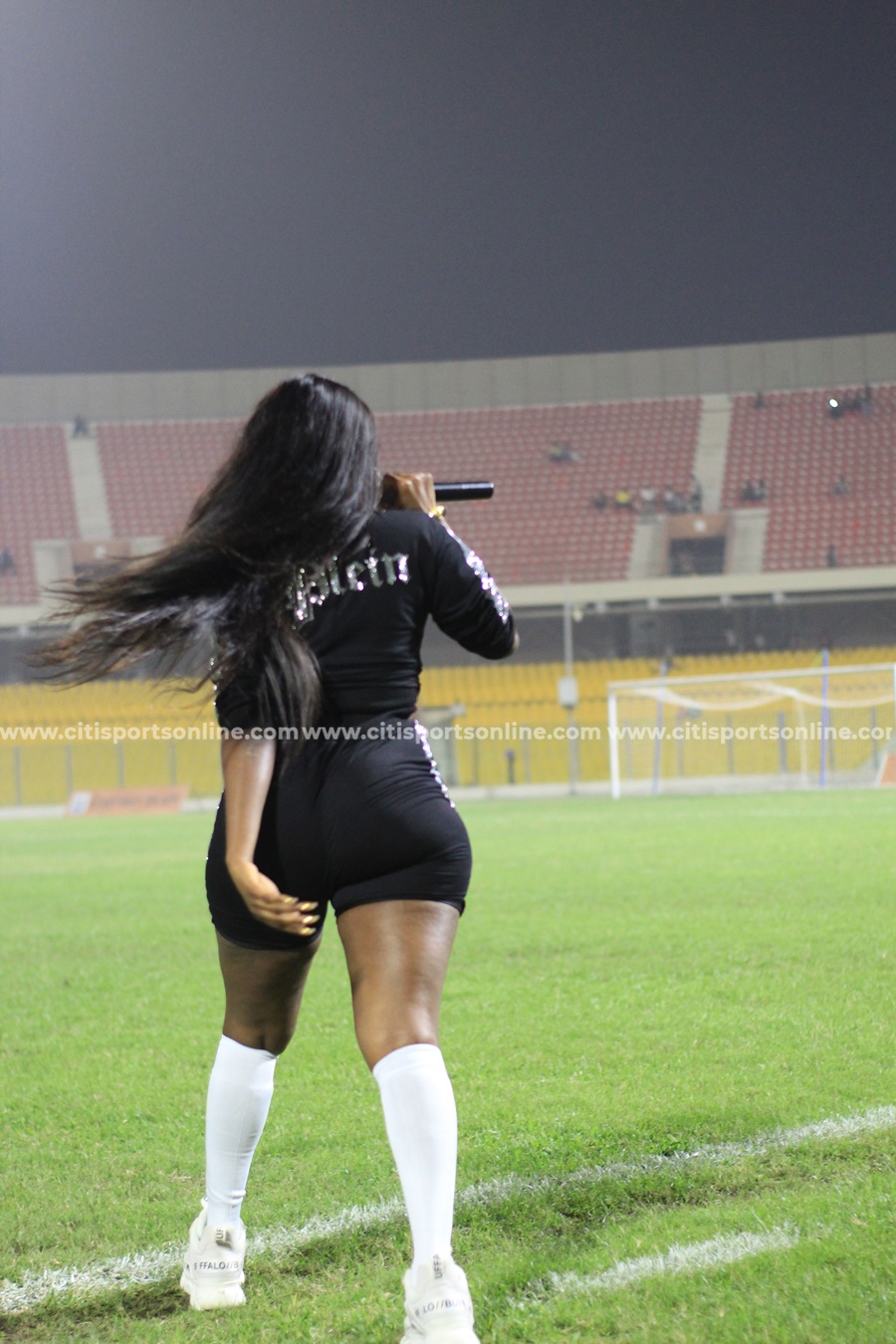 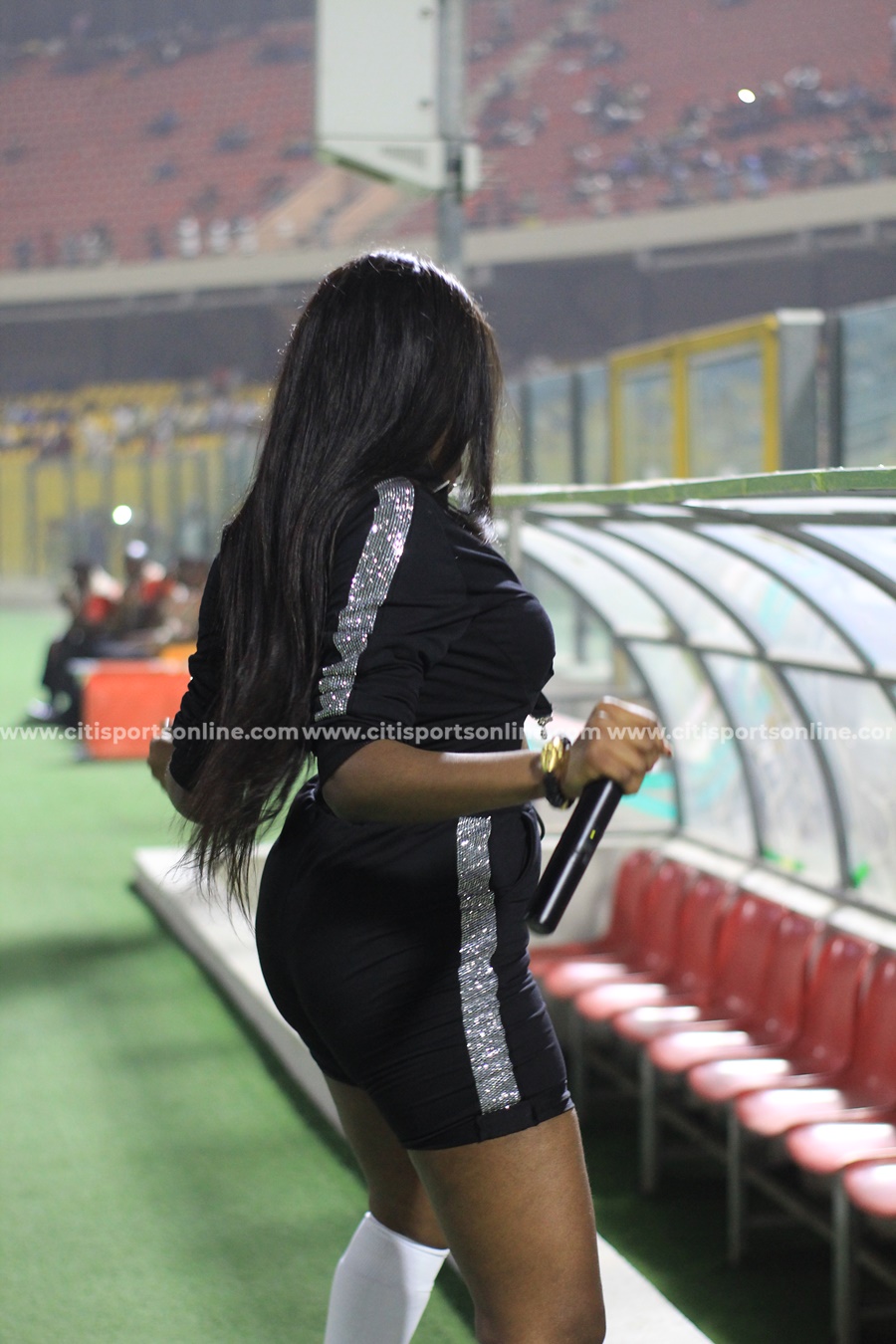 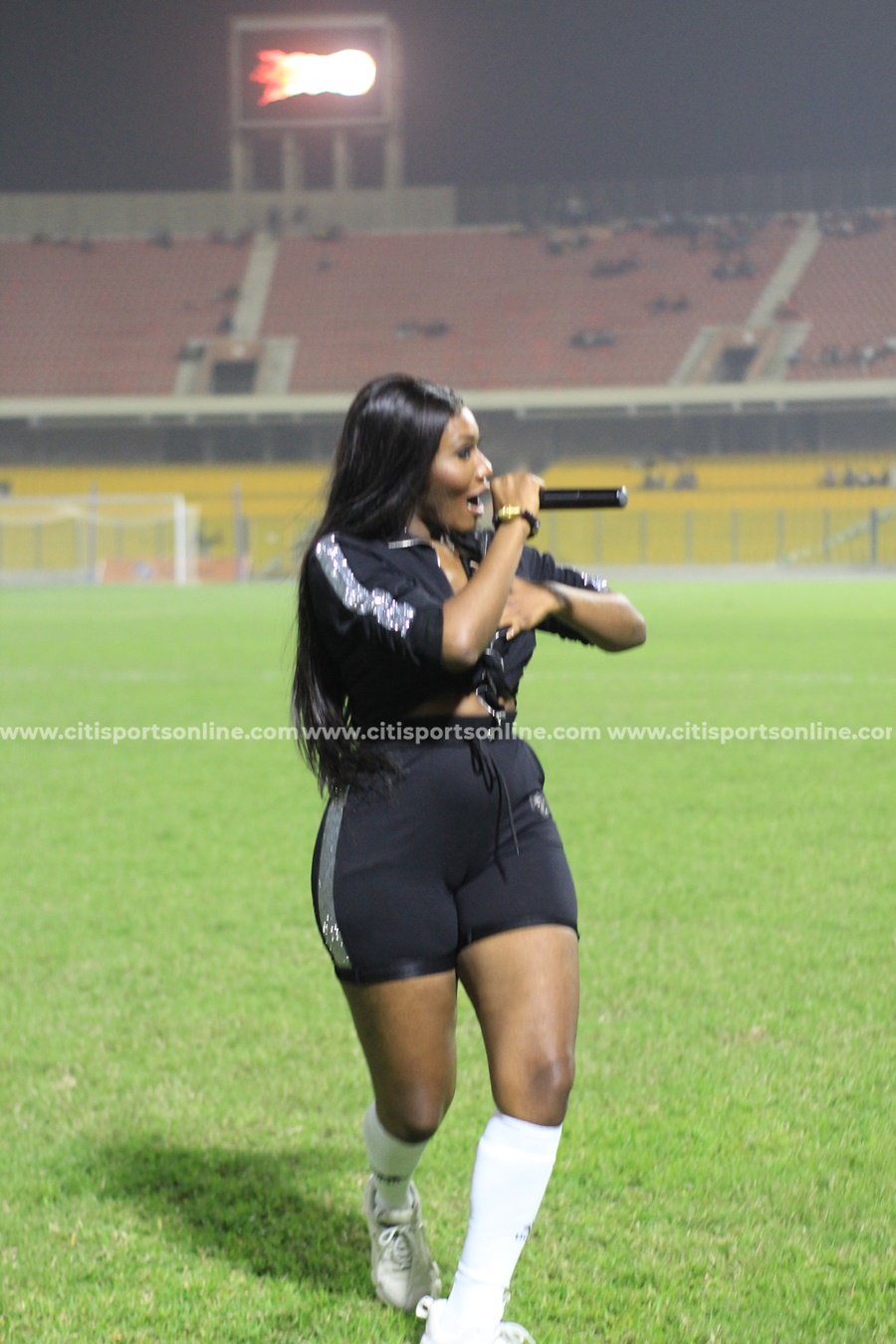 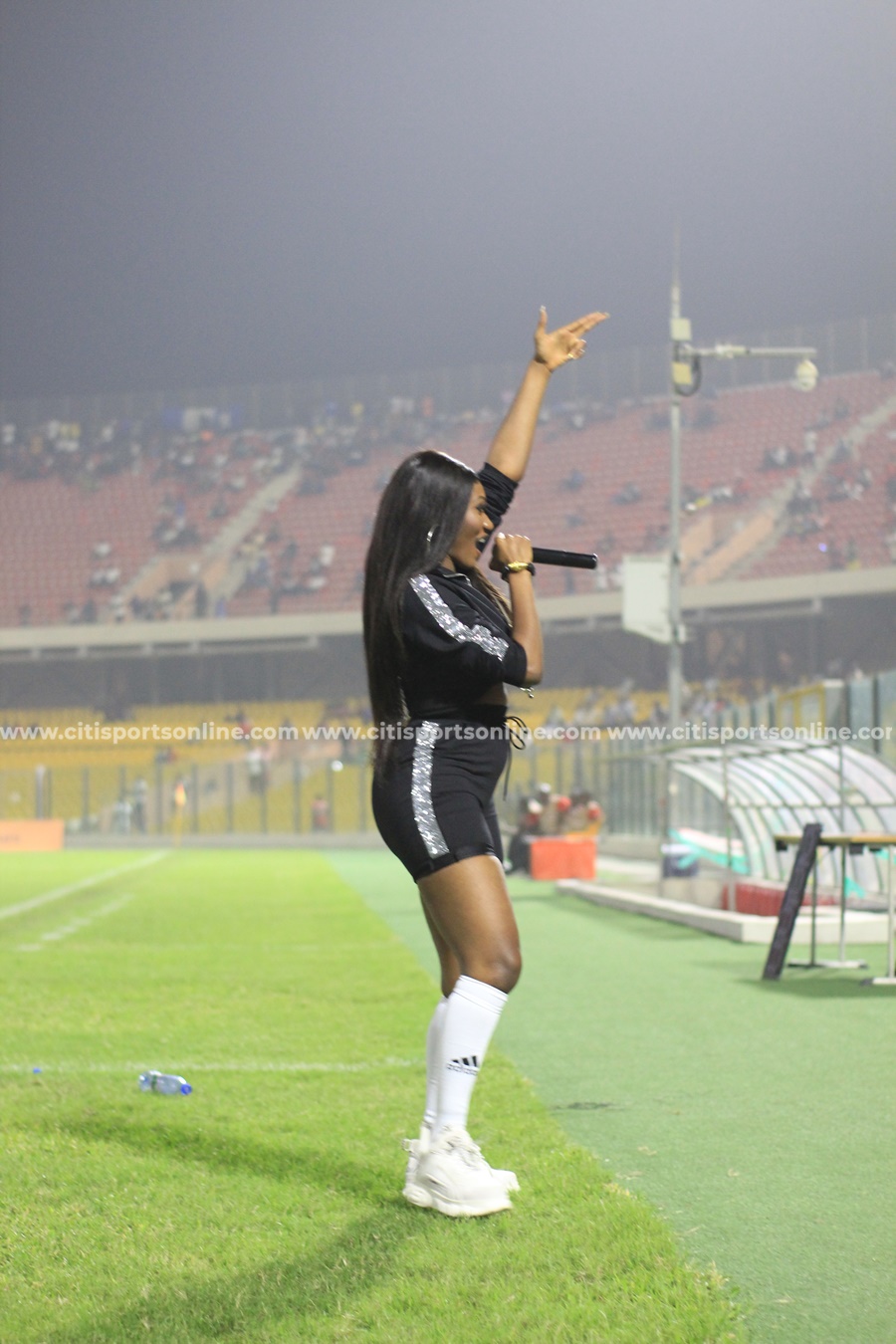 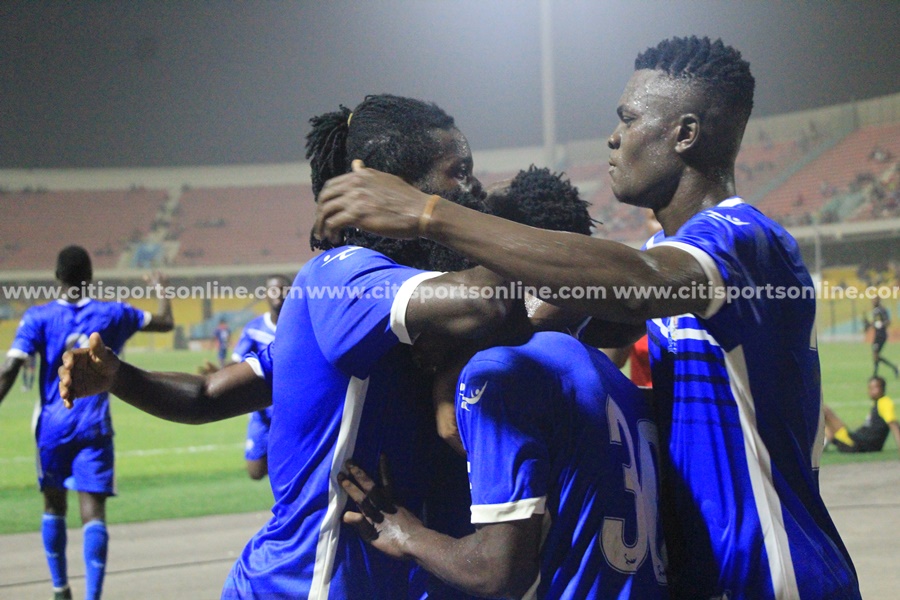 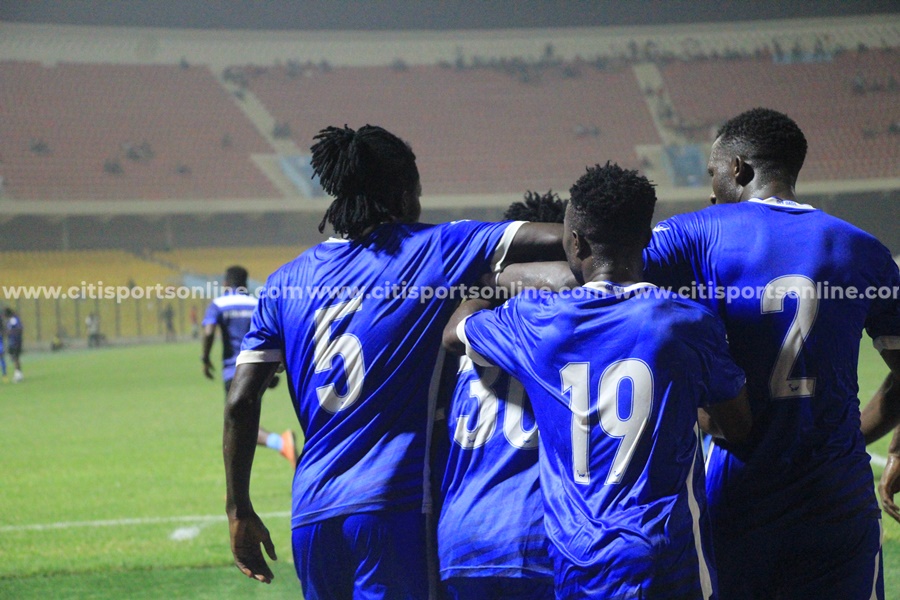