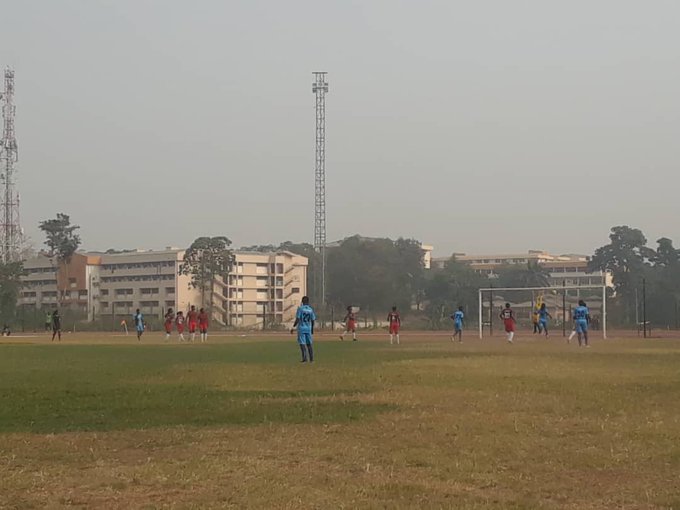 Freelance sports journalist, Akosua Addai Amoo, pens her weekly wrap of the ongoing Ghana Women’s Premier League and this week, she reviews a solemn moment of the burial of Berekisu Tejani, Hasaacas’ good form and the an exciting race for top spot in the Northern Zone.

It was a solemn weekend in the Women’s league, as Sea Lions player, Berekisu Tejani was laid to rest. The midfielder was a first year student at the University of Cape Coast and passed on last month.

The 20-year old midfielder played an immense role in Sea Lions’ promotion to Women’s top flight football four years ago. After the 1-1 draw between Sea lions and Police, the players carried her remains as they paid their respects.

The Southern Zone league leaders, Soccer Intellectuals, also faced the wrath of Hasaacas Ladies as they were annihilated 5-0 at the Essipong Stadium. The three-time Womens league champions, Hasaacas, have a formidable team which is a mix of youth- Doris Boaduwaa and Milot Pokuaa in attack- and experience- Linda Eshun and Janet Egyir in defence.

In their own backyard in Tema, Halifax’s unbeaten run this season was halted by Lady Strikers with a 2-0 win. It’s been a tough season for the former southern champions, Lady Strikers, after having conceded fourteen goals in four games.

In Accra, Samaria Ladies denied Immigration Ladies a first win of the  season after a late strike by Salma Jailbral made it a 2-2 draw.

A rat race for the Northern Zone title beckons as only three points separates the league leaders, Prison Ladies and third place, Pearl Pia Ladies. It seems positions in the top three will be alternating among Prisons, Ampem Darkoa and Pearl Pia. Ampem Darkoa returned to winning ways as they trashed Supreme Ladies 7-1 at Joe Park to move up to the 2nd spot with Ophelia Amponsah being the star of the show.

League leaders of the Northern Zone, Prison Ladies, continued their unbeaten run with a 2-1 win over Ashtown Ladies. The security services team is currently the only unbeaten team in the Northern Zone. There was another 2-1 win in the North, as Kumasi Sports Academy beat Fabulous Ladies at home.

There are 16 teams in the National Women’s league. The teams are divided into two zones: the Southern Zone and the Northern Zone. There will be 14 matches played in the respective zones after which there is a play-off between the champions of the two zones to determine the winner of the Women’s league.