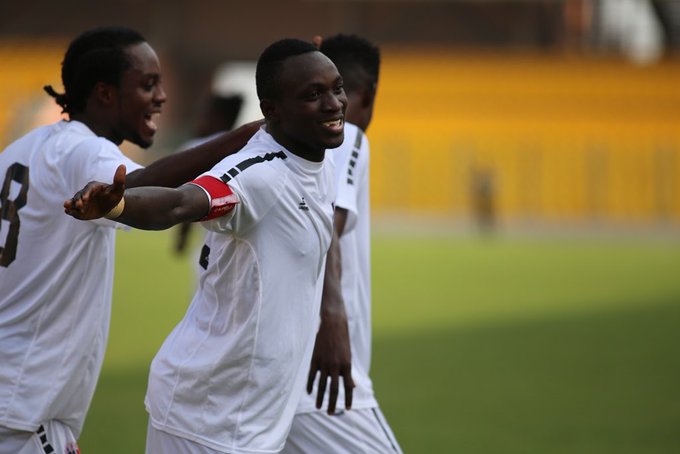 Inter Allies’ captain and goal scoring machine, Victorien Adebayor, has downplayed the hype surrounding his exploits this season in the Ghana Premier League and has said that putting the ball into the net is his duty for the club and he is fulfilling his obligations.

Adebayor’s sensational 2nd goal against Berekum Chelsea at the Golden City Park on Saturday in Week 10 of the Ghana Premier League has gripped the footballing community in Ghana and his stock has risen after reaching 10 goals in 10 matches this season.

However, he was rather calm about things as spoke to StarTimes after the match.

“Playing football and scoring goals is what I do. It is my work. Anytime that I am on the field, I feel comfortable and all I want to do is to score.

On the second goal, I managed to play a one-two with my team mate. Once I got it back, I managed to steady himself, check back onto my left football, and I took a look at the goalie. Once I noticed his positioning, I went for the shot.”

In addition to that wonderful strike, he scored from a free kick and also left the crowd spellbound as he pulled off an amazing piece of skill that saw him juggling the ball and proceeding to dribble it through the legs of Berekum Chelsea defender, Ahmed Adams.

We can watch this over and over too 😎😊

Berekum Chelsea joined the likes of Legon Cities FC, Eleven Wonders, King Faisal, WAFA, Elmina Sharks, Karela and Bechem United as the teams Adebayor has scored against this season and they all could not stop him.

Inter Allies technical director, Henrik Lehm, says that putting the brakes on Adebayor is an impossible especially if he has found a good rhythm.

“The plan was to defend well against Chelsea but then, if you have Adebayor in that kind of mood, he is very difficult to control and handle.”

What’s next for Adebayor and Inter Allies?

They host Medeama in Week 11 of the Ghana Premier League in Accra on February 19. 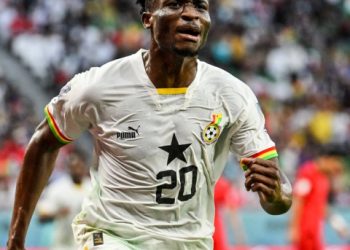