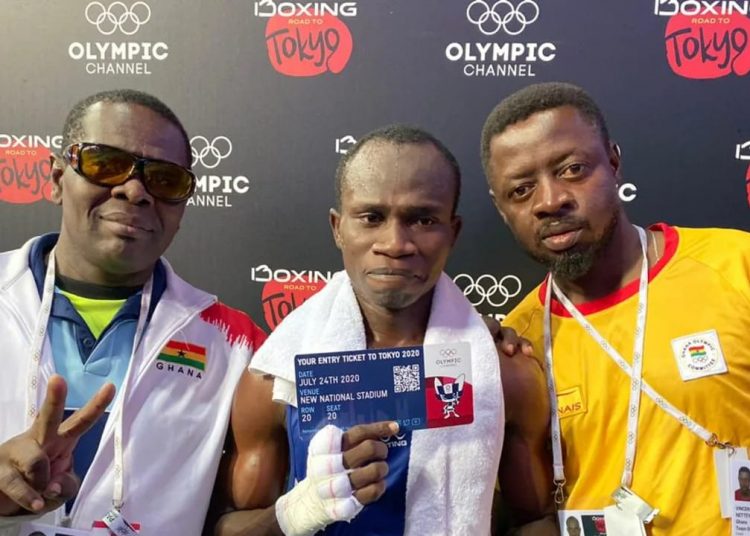 Ghana’s Sulemanu Tetteh will be representing the country in this year’s Olympics Games boxing tournament in Japan after he grabbed a ticket by placing 3rd in the African qualifying tournament on Friday in Dakar, Senegal.

Tetteh, who is the captain of the Black Bombers team, managed to get a 4-1 decision over Juliano Marina of Mozambique in the men’s flyweight playoffs.

Across three rounds, Tetteh managed to land some good punches and use his experience to get the result. He won the first and third rounds and that helped him get the decision going his way.

Tokyo 2020 will be Tetteh’s second Olympic Games after he took part in the 2012 Games in London.

He will hope that his team mates- Samuel Takyie, Samed Shakul and Jesse Lartey- will also win their playoff bouts on Saturday so they can also book places in the Tokyo 2020 Games.