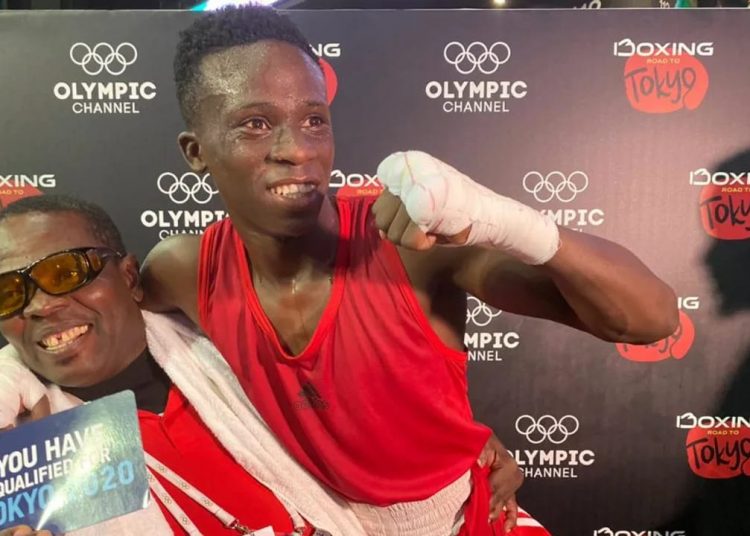 Ghana’s Samuel Takyie booked his place in the Tokyo Olympic boxing event after won his 3rd place playoff against Isaac Masemse of Uganda in Dakar, Senegal on Saturday.

The city of Dakar has been hosting the continent’s boxers who are seeking places in the 2020 Olympic Games.

Takyie took on Masemse with hopes to make it to Japan later this year and he won the first round. Masemse got into his groove and won that round.

In the third and decisive round, the two boxers went at each other but it was Takyie who came out on top and got his place in the Olympic Games and he was very excited especially with his achievement.

“I think I told you I’m going to Tokyo. I have never come to Africa qualifiers before, my first. I told my coach I that would qualify for the Olympics.

My family and boxing mates will be very happy, I hope this will inspire them(training mates). We have very good boxers in Ghana and they too can make it like I have.”

Takyie will represent Ghana at the Olympic Games together with Sulemanu Tetteh, captain of the Black Bombers team.