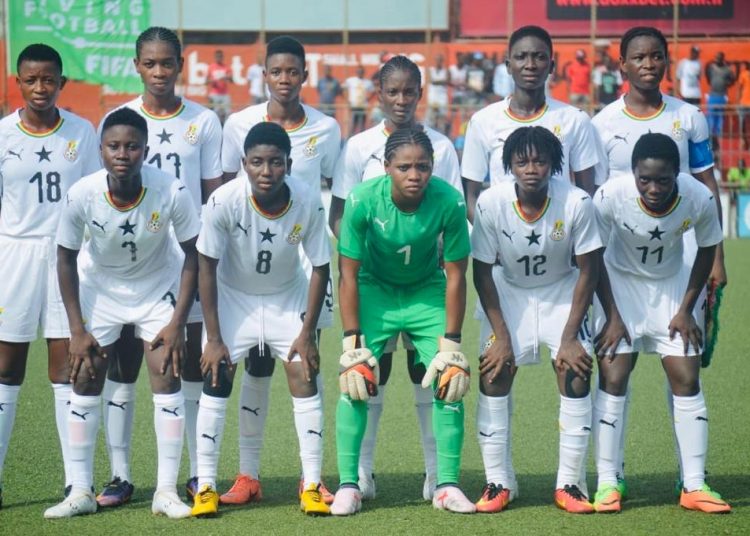 Two second half goals from Ophelia Serwaa Amponsah and Salamatu Abdulai got Ghana’s Black Maidens off to a winning start in their 2020 FIFA U-17 Women’s World Cup qualifying match against Liberia in Monrovia.

After a goalless first half, Baba Nuhu Mallam’s girls broke the deadlock in the 63rd minute when Serwaa Amponsah converted from a free-kick before Abdulai added the second in the 83rd minute with a neat finish into the far corner to wrap up the win inside the Antoinette Tubman Sports Stadium on Sunday.

The Black Maidens looked a bit jittery in the opening half which ended barren.

Nonetheless, the Ghana U-17 side gathered enough courage in the second half to make a meaningful impact.

Ophelia Serwaa Amponsah broke the deadlock in the 63rd minute through a direct free-kick after Captain Basira Alhassan was fouled close to the 18-yard box.

Ghana got its second goal in the 83rd minute when substitute Mafia Nyame laid a tailor measured pass to Salamatu Abdulai who placed the ball at the far corner of the post.

The Black Maidens return home beaming with confidence ahead of the second leg which will be played in Ghana in two weeks’ time.

The team is expected to arrive in Accra on Monday to continue preparations for their remaining matches.