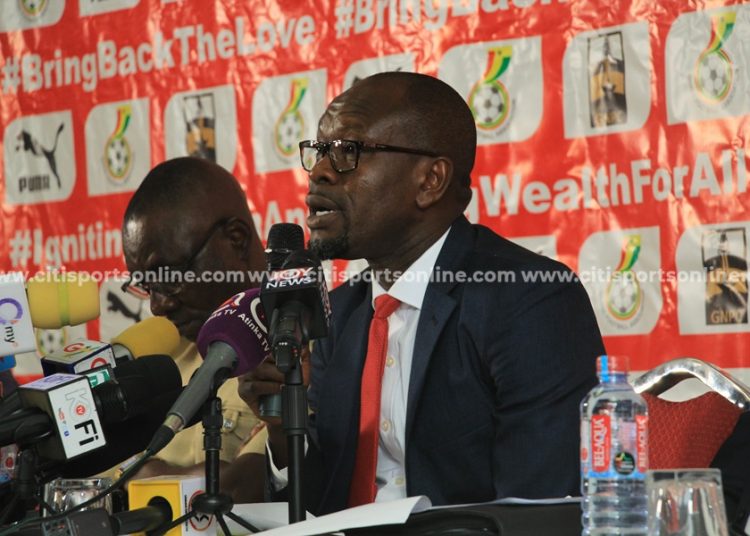 Black Stars head coach, Charles Akonnor, has stated that he still has plans for the players who are not in his team to face Sudan in back-to-back AFCON 2021 Qualifiers later this month.

On Tuesday, Akonnor revealed the 23 players he had picked for the match in a press conference in Accra and took questions from the media on his choice of players.

Names like Jonathan Mensah, John Boye, Kwadwo Asamoah and Lawrence Ati Zigi, were missing from the list but Akonnor has assured the absentees that they are not totally out of contention for places in future teams.

“I have to be fair to those who are not here and say that, I will have to give them all chances to play.

Of course, there are other qualifying matches, friendly games and all that.

We will have to factor these things in our plans and make sure that we those are unknown and those who used to play but have not had the chance to feature again.

It is why I went to speak to Jeffrey Schlupp and see why he was not featuring for the team and explained the situation to me as we had an open discussion. We will consider all these things and make sure that the national team is based on quality and quantity.”

The squad for the Sudan ties is the first put together by Akonnor since he was named Black Stars head coach in January.

Ghana faces Sudan in Cape Coast on March 27 with the return leg coming off in Sudan on March 30.