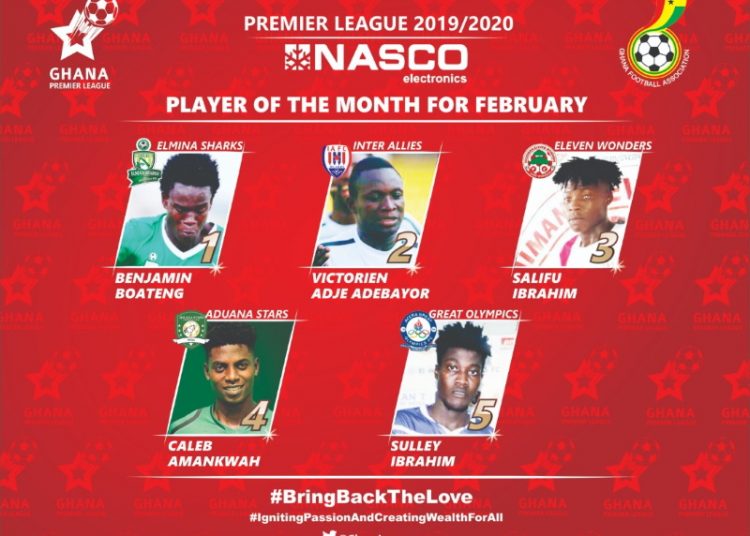 Five top performers have listed for the 2019/20 Ghana Premier League NASCO Player of the Month for February award.

The players have been shortlisted from their involvement in the five matches played during this period, man-of-the-match awards, goals scored, assists and clean sheets where applicable.

Winner will receive a NASCO Television set, a men’s grooming set and a personalized trophy.

Man of the matches won: 2