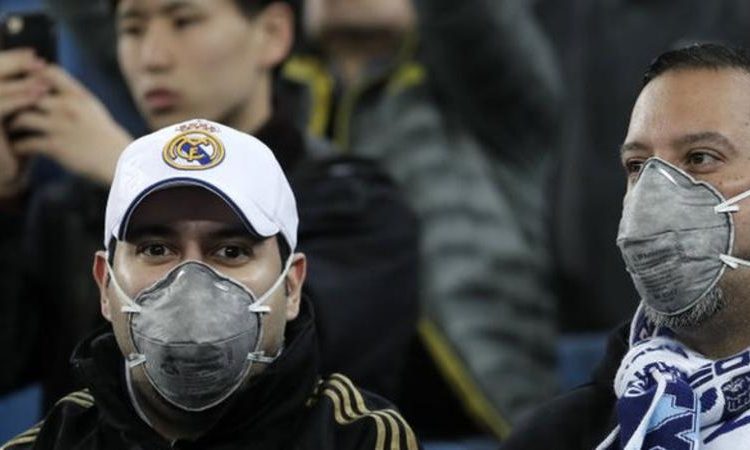 Spanish top flight La Liga has been suspended for “at least the next two rounds of matches” as a result of the Real Madrid squad going into quarantine because of coronavirus.

It comes after a Real Madrid basketball player, who shares training facilities with the La Liga club, tested positive for the virus.

Real are due to play at Manchester City in the Champions League on Tuesday.

The Spanish club has closed the facilities of its sports city.

“The recommendation has been made to quarantine both the basketball first team and the football first team, given that the two squads share facilities in Ciudad Real Madrid,” a Real statement said.

La Liga said it will “revaluate” the situation following the completion of quarantine “in the affected clubs and other possible situations that may arise”.

Real, who are second in La Liga, were due to host Eibar on Friday, and had already cancelled all pre-match media duties.