“We have no yellow card issues with our players”- Asante Kotoko 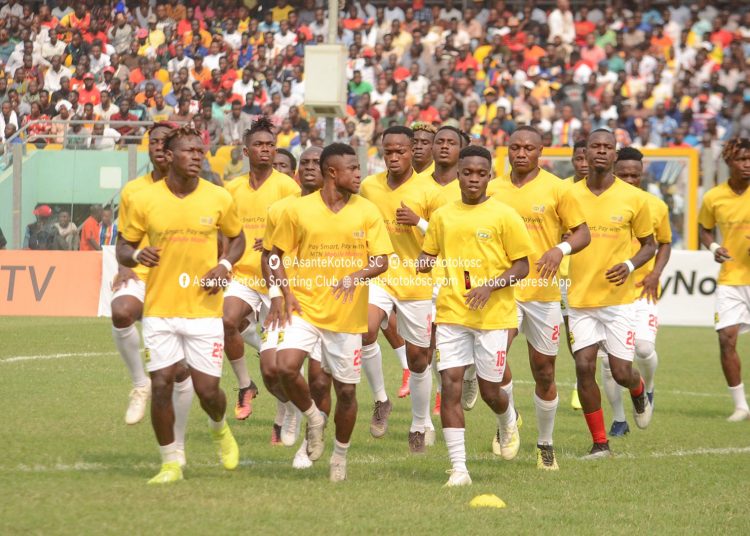 Kumasi Asante Kotoko have announced that the team stands no risk of getting punished by the Ghana FA because of they used a player who had accumulated yellow cards in the league.

The club’s statement is in response to some media reports saying that Kotoko was at risk of getting docked points by the FA because one of its players had picked up three yellow cards and was subsequently used in another league match.

On Monday, the Ghana FA punished Medeama Sporting Club for using an unqualified player in their Week 12 victory over Great Olympics in Tarkwa.

According to Olympics, Medeama’s Nana Kofi Babil, had been booked in three separate matches before their meeting in Tarkwa and therefore, should not have played per the FA’s rules and regulations.

Olympics filed a protest over the incident and was successful and Medeama got docked three points as a punishment and a further three points for the forfeiture of the match.

In light of this, a whistle-blower has threatened to report some teams to the GFA for their use of unqualified players in some of the league matches.

Per the accounts of the whistle-blower, clubs like Kotoko have fallen foul of the law and they are at risk of getting docked points.

Kotoko put out a tweet to say that their checks have indicated that no player of theirs has accrued the number of yellow cards to warrant a suspension or a ban.

We urge all to disregard news making rounds in the media that we have flouted the rules on yellow cards and as a result risk losing points in the 2019/2020 Premier League.#AKSC pic.twitter.com/UyjcFMgza5

We have crosschecked with the technical team and our checkers at the secretariate and can assure everyone that everything is in order.