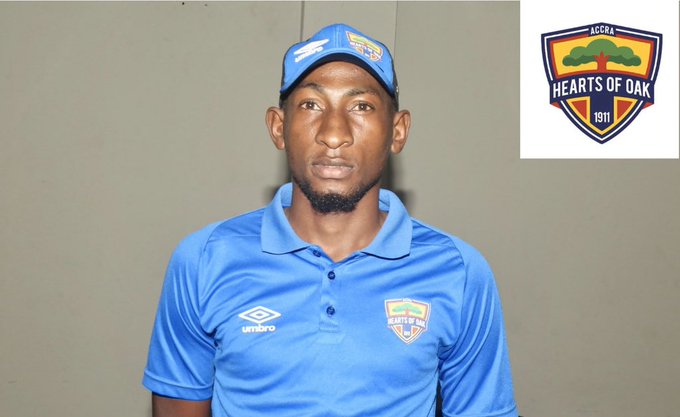 Accra Hearts of Oak have announced the signing of Nigerian midfielder, Abdourahamane Mamane Lawali, on a 2-year deal.

The player joins from Al Merreikh of Sudan and the deal was announced by Hearts on Thursday afternoon via its official Twitter handle.

The club, like the 17 other Ghana Premier League clubs, has been working hard to bring in signings during the second registration window of the league season and Mamane Lawali is the first player they have brought in.

Hearts of Oak head coach, Edward Odoom, was said to have asked the team’s board for additions to his team including Karela United striker, Diawisie Taylor.

🗣 | @HeartsOfOakGH will be announcing the signing of four 4️⃣ new players as requested by coach Odoom. The club is grateful to the Board Chairman, for his continuous support and commitment to the club.
Watch out for our new signings as we will be announcing daily.

Taylor was on Odoom’s list to help his team find the net more consistently since it was a huge challenge in the 14 league matches they played before the league was suspended due to the Coronavirus pandemic.

Hearts scored 15 goals and conceded 12 in the matches they played.

The club has announced that three more signings will be announced in coming days.