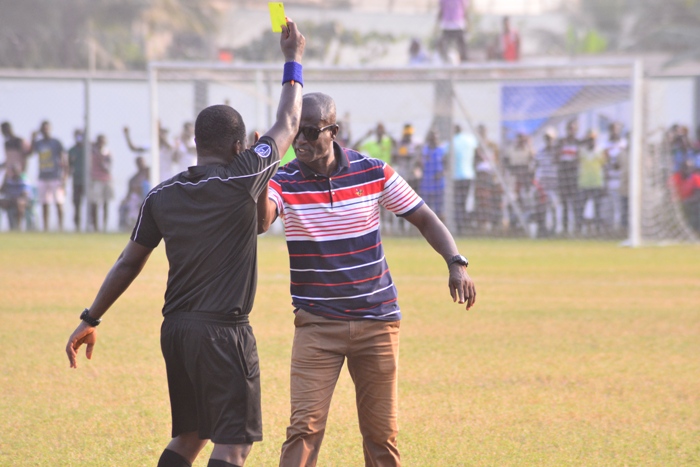 Head Coach of Bechem United Kwaku Danso has been fined GHc5000 and suspended from the Club’s next three league games after pleading guilty to misconducts in the Ghana Premier League Match day 8 against Medeama.

Two other team officials of the Club, Collins Osei Bonsu and Godfred Yeboah Berko, have all been handed fines and suspensions after pleading guilty to the charges against them.

Below is the GFA’s charge against Danso: 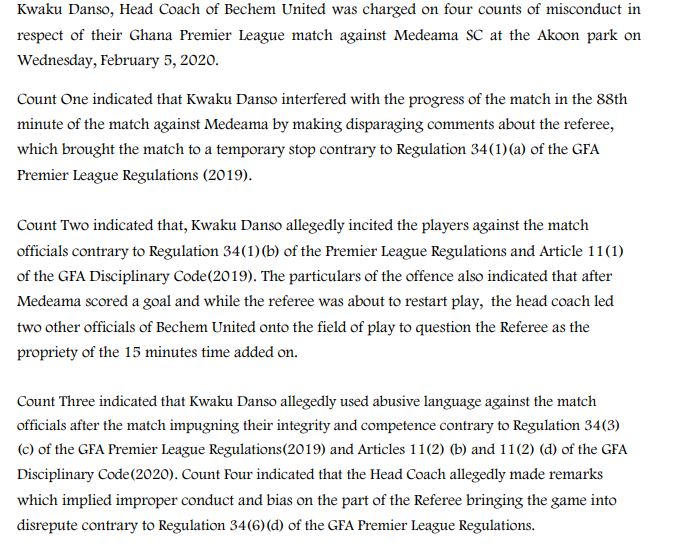 Danso was slapped with a GHS 5,000 fine by the FA and was suspended for three league matches. He was also asked to be of good behaviour in subsequent matches.

This what the FA said of Collins Osei Bonsu: 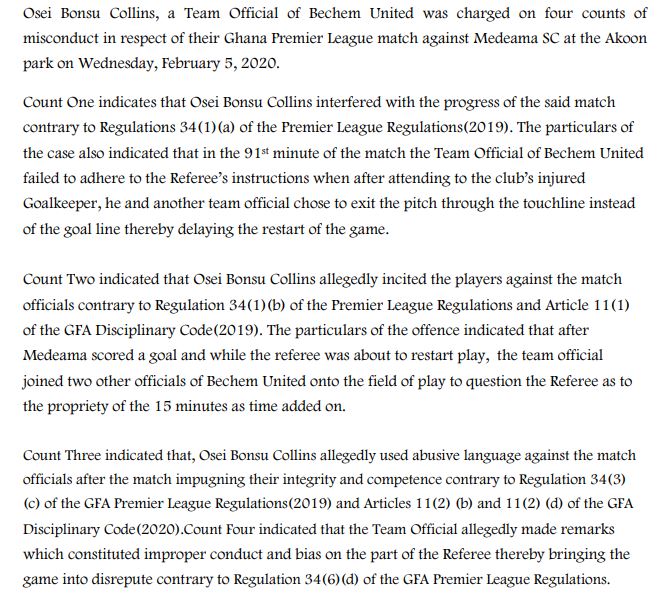 This is what the GFA said of George Yeboah Berko: 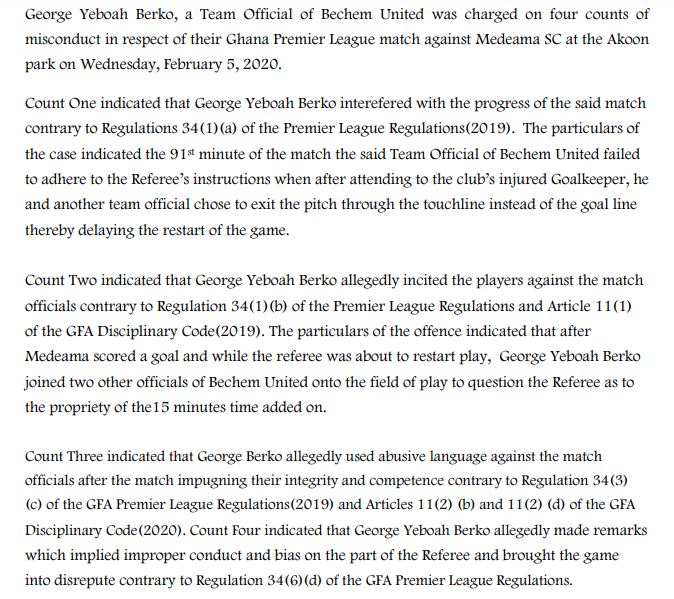 George Yeboah Berko was given a 2-game suspension and a GHS 2,000 fine.