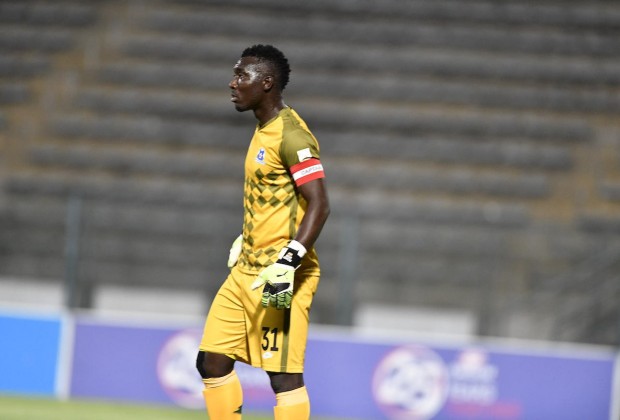 Fomer Bafana Bafana and Mamelodi Sundowns defender, Matthew Booth, has been highly impressed by the output of Ghanaian goalie, Richard Ofori, and has picked him as one of his best performers in the South African PSL this season.

Ofori mans the goal post for Maritzburg United and he has been very good for the team so far. They are 5th on the league log with 23 goals in their favour and 17 against.

Ofori’s form has attracted the likes of Kaizer Chiefs and Orlando Pirates but Maritzburg have triggered a year’s extension to the player’s contract and so, all suitors will have to be prepared for a long tussle with Maritzburg for Ofori’s signature.

The other players making Booth’s Best Team of the PSL so far are:

The PSL, like most other leagues around the world, has been suspended due to the Coronavirus outbreak