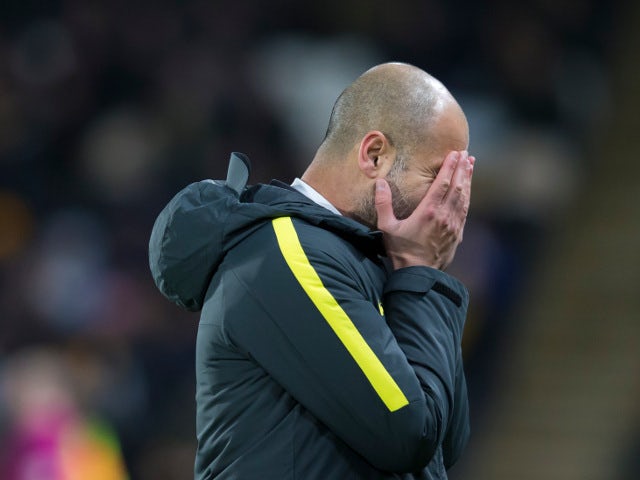 The mother of Manchester City manager Pep Guardiola has died after contracting coronavirus.

The club announced 82-year-old Dolors Sala Carrió’s death on Monday in a tweet, adding that she had passed on in Manresa, Barcelona.

The Manchester City family are devastated to report the death today of Pep’s mother Dolors Sala Carrió in Manresa, Barcelona after contracting Corona Virus. She was 82-years-old .

“Everyone associated with the club sends their most heartfelt sympathy at this most distressing time to Pep, his family and all their friends,” City added in their tweet.

The death will come as a huge blow to Pep, who recently donated an amount of 1 million Euros to aid in efforts to curb the spread of COVID-19 in Spain.

The amount from Guardiola was to assist a campaign being promoted by the Medical College of Barcelona and the Angel Soler Daniel Foundation after the former Barcelona manager worked with his lawyers on a funding plan.

Everyone associated with the club sends their most heartfelt sympathy at this most distressing time to Pep, his family and all their friends.

Medical and personal protective equipment would be procured for frontline health staff, a big boost for the efforts given a shortage of PPE equipment in various facilities across Europe.

Guardiola was also part of the club’s ‘Cityzens At Home’ initiative, urging fans in a video to stay at home and to follow the advice of scientists, doctors and nurses.

Spain is one of the hardest-hit countries from the pandemic, with over 135,000 confirmed cases and well over 13,000 deaths.

There has been an increase in the fatality count by 637 from Sunday.

Catalonia, where Dolors died is one of the epicentres of the disease in Spain with over 26,000 confirmed cases with 2,637 deaths.

The response from the world of football following the announcement of Dolors’ death has been massive with various clubs tweeting their condolences.

Everyone at the club sends their deepest condolences. Our thoughts are with Pep and his family at this time. 💙#BHAFC 🔵⚪️

We are deeply saddened to learn the passing of Pep Guardiola’s mother Dolors Sala Carrió.

Our thoughts and prayers are with him and his family at this most difficult time. https://t.co/z4Y92JeW7z

Everyone at Spurs sends their deepest condolences. Our thoughts are with Pep and his family at this time 💙

Everyone at Manchester United is saddened to hear this terrible news. We send our heartfelt condolences to Pep and his family. #ACityUnited https://t.co/vN3impeJy4