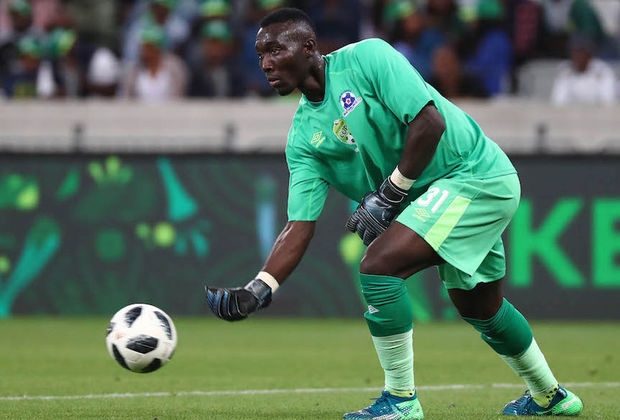 Maritzburg United head coach, Eric Tinkler, says that teams that are interested in buying Ghanaian goalie, Richard Ofori, should be ready to fork out a lot of money for his services.

Ofori has been turning heads in the South African Premier Soccer League in the last two seasons and in the current campaign, he has put up some very impressive performances.

This has led to clubs like Orlando Pirates and Kaizer Chiefs showing interest and Tinkler has told these clubs that Ofori will not come cheap.

“Richard is quality goalkeeper and there will certainly be some interest in him. He is a good professional and he works very hard.

I even think there are aspects of his game that he needs to improve on but he remains our number one goalkeeper and he is a our captain.

If someone wants him, then there will be a lot of money involved because of the qualities he has.”

Ofori helped Maritzburg United place 5th in the South African PSL before the league was suspended due to the Coronavirus pandemic.

The club has recently triggered a year’s extension to his contract sending his stay at Maritzburg to 2021.

Some observers believe that the move is to give Maritzburg a more advantageous position when it comes to how much it could potentially make from any deal that takes Ofori away on a permanent.