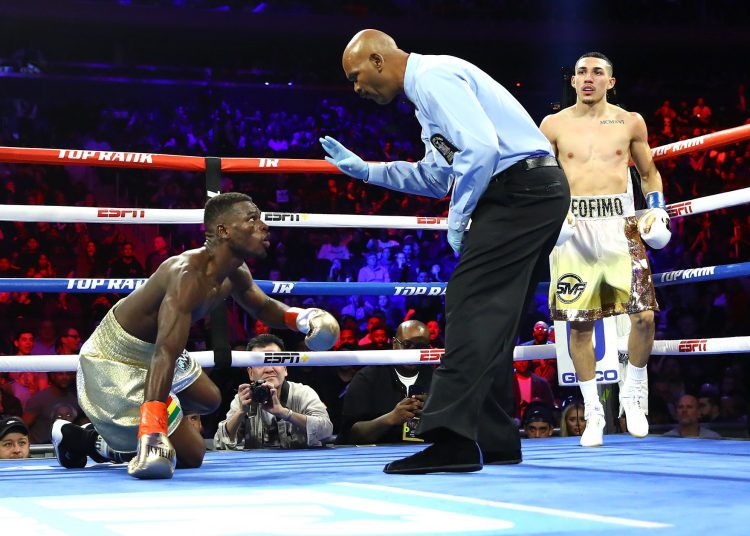 Former IBF Lightweight champion, Richard Commey, has admitted that he should have taken a breather in the ring after getting knocked down by Teofimo Lopez in their December 2019 bout.

The two boxers were fighting for Commey’s belt and for a chance to face Vasyl Lomachenko for a unification bout.

Lopez floored Commey twice but it was the first knockdown that did the most damage. Lopez caught Commey first with an overhand as the two boxers tried to land a punch and the weight of the punch sent Commey to the canvas and left him wobbling until the bout was stopped.

Speaking in an interview with Real Ghana Boxing’s YouTube channel in March, Commey regretted his action of getting to his feet too quickly after the fall.

“We all know the theory in boxing that says when you get caught, you need to be patient and recover fully. I did not follow that and it was my mistake.

We all went for a punch and I got caught because was quicker than I was. I should have been patient but we all learn and the big boys in boxing fall and come back stronger and that is what I am going to do.”

The loss was the 3rd of Commey’s professional career after previous losses to Robert Easter Jnr and Dennis Shafokov in 2016.