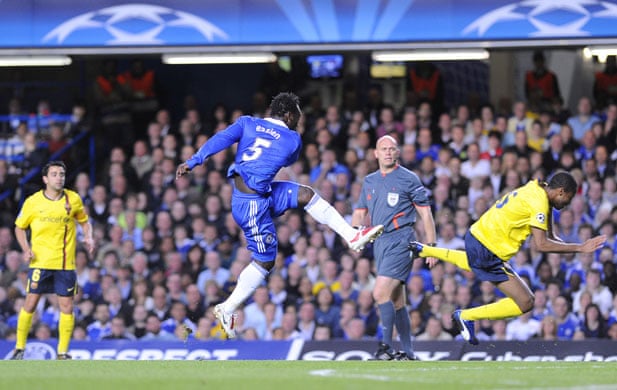 The infamous Champions League semi-final match between Chelsea and Barcelona on May 6, 2009 will live long in the memory for a number of reasons.

The most discussed is certainly referee Tom Henning Øvrebø’s officiating in a highly competitive game and the reaction of Chelsea players after the final whistle.

The controversy from the game possibly unfairly overshadowed one of the competition’s best ever moments; Michael Essien’s stunning opener.

The tie level at 0-0 from the first leg at the Camp Nou as Chelsea welcomed Barca to Stamford Bridge in a tasty second leg.

With the match very much in the balance, it was not much of a surprise when Chelsea took a ninth-minute lead.

What took everyone by surprise was the manner in which the goal was scored.

A ball forward from Ashley Cole on the left found Frank Lampard on the edge of the Chelsea box. 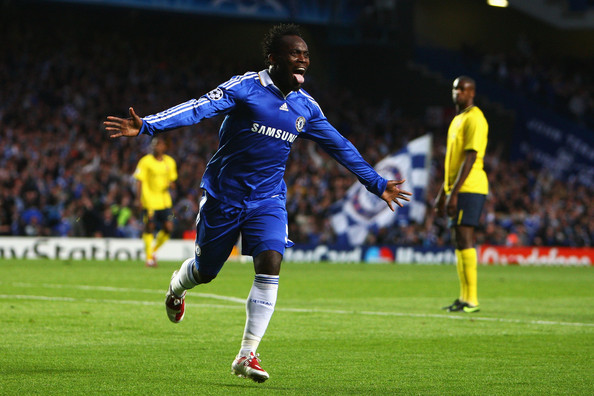 Lampard’s attempted cross was deflected and looped up into the air, falling on Essien’s left foot as he struck it on the volley.

The ball whizzed through the air and nestled itself in the back of the net via the underside of the bar and the ground.

Essien was not a stranger to great strikes prior to that goal – with his piledriver against Arsenal – just one of his famous efforts.

However, even he would have been amazed by how sweetly he caught it, particularly on his weaker foot.

Barcelona eventually found an equaliser with Iniesta’s 90th-minute winner taking the Catalan club to the final.

But the best goal that night was still Essien and the goal was even nominated for that year’s Puskas Award (FIFA’s Best Goal award), losing out to Cristiano Ronaldo’s 40-yard thunderbolt against Porto.

But is it the best goal ever scored in the Champions League?

Here are some of the reactions to the goal

Take a look at the stunning strike by Essien below