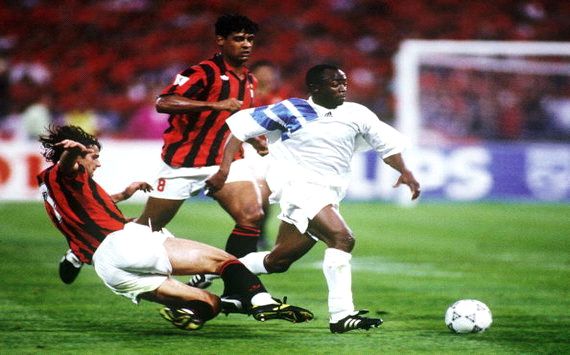 Abedi Pele has undeniably been regarded as Ghana’s greatest ever player. But beyond the shores of Africa, Abedi, was also undeniably one of Olympique Marseille’s greatest talents.

Among the accomplishments of Abedi was leading Olympique Marseille to Champions League glory in 1993 against a highly revered AC Milan side.

But two years before that in 1991, at the San Siro, in the second leg of their European Cup quarter final tie, Abedi put up a man of the match performance to help Marseille to a 1-1 draw.

The match was billed the battle of the number 10s with Dutch superstar Ruud Gullit featuring for AC Milan and Abedi Pele spotting the number 10 for Marseille.