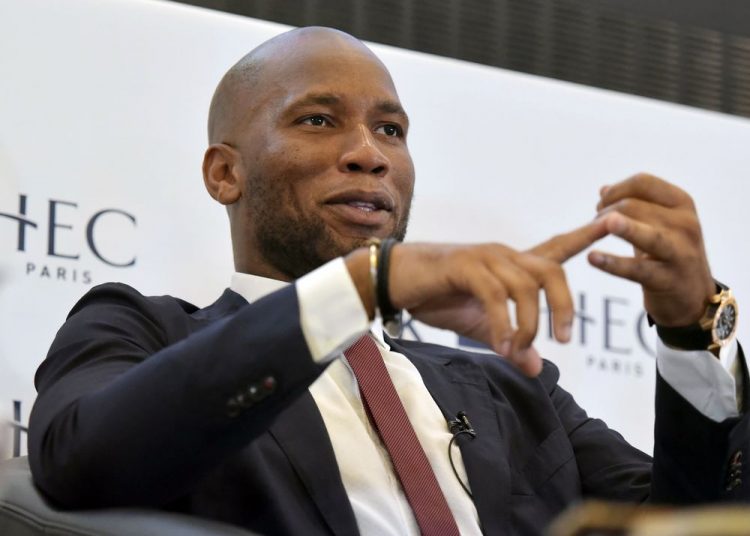 Former Cote d’Ivoire captain, Didier Drogba’s bid to become his country’s FA President took a hit on Sunday when he secured zero votes from the Association of Former Players in the country.

Of the 14 members in the Association, 11 voted for his rival, league president Sory Diabate, while three persons abstained.

The third candidate, the current Vice President, Idriss Diallo also got no votes from the ex-players.

The results of the election, which was done via video conferencing, has reportedly sparked a massive debate in the Ivory Coast, with many struggling to understand how Drogba, who had also been endorsed by 48 professional clubs in the country could be rejected by his fellow former professionals including Didier Zokora.

It has now emerged that the members of the Association of Old Players who were eligible to vote, were made up of former Ivorian players from the 80’s and 90’s, who still harbour spite for the affection the Drogba generation has received at their expense.

Bit of context on Drogba getting zero votes in Ivorian FA polls.

Delegates were mostly stars from the 80s and 90s, mostly ex-ballers who have felt slighted by the success of Drogba's generation.

There's the fear that if he wins, attention on him will eclipse them even more. pic.twitter.com/dBkb8MNVxb

While the explanation generally makes sense, it still fails to explain why Zokora, who was deputy captain to Drogba, failed to vote for the former captain.

Drogba will hope to have better luck when members of the Active Footballers Association, the coaches, referees and the physios also cast their votes.