I serve God only: Dogbe shuts down juju reports 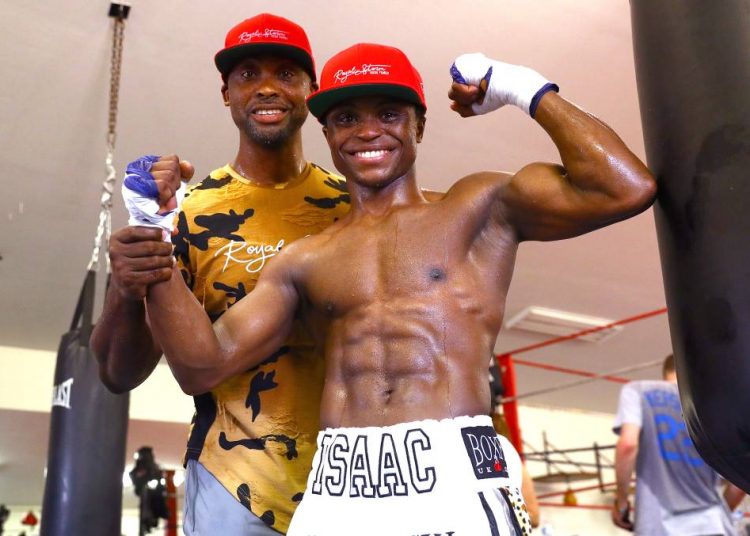 Former WBO Super Bantamweight world champion Isaac Dogbe has moved to clear the air regarding reports that he lost his belt to Mexican Navarette due to a decision by his camp to meddle with black magic.

His camp at the time blamed the defeats on a lack of focus on preparation as Dogbe’s high demand at the time led to numerous public engagements.

However, in a more recent interview granted by his long time trainer and father Paul Dogbe  on Joy FM, he stated that the attempt to reconstruct certain family relics had cost his son the world title and that the loss was also predicted by a man of God.

‘We were bringing a stool that had not come back to his throne yet.When you are repairing these things certain ritual have to be performed and we had not done all that.

But the prophet told me that things would not go well. I told my son that the juju people said we were going to knock Navarette out in round two but the prophet said that could not be.” Paul Dogbe stated.

The former champion believes the words of his father were taken out of context and did not represent the situation in its entirety.

“An interview was granted last week and I feel certain words were misconstrued and the interview was misinterpreted to a certain extent.

“I can understand why the media has used a certain narrative to sell their stories but I want to make this very clear.

“I Isaac Dogbe have no association with any fetish priest.

“God has been with me from the beginning through all my victories and through my defeats.

“I believe in prayer and I pray to God for victory and in addition also I ask the holy servants of God to pray on my behalf in the lead up to my fights.

“These rumours as ridiculous as they are, have caused a lot of embarrassment to myself,my family,my friends and those I am associated with.

“I have no desire to worship a deity because I believe in the one and only true God,” a solemn Dogbe explained.

The former champion has since his defeats to Navarette made his education his major focus with reports still rife that he has plans to move up in weight class.