“Gattuso was the toughest opponent I ever faced”- Stephen Appiah 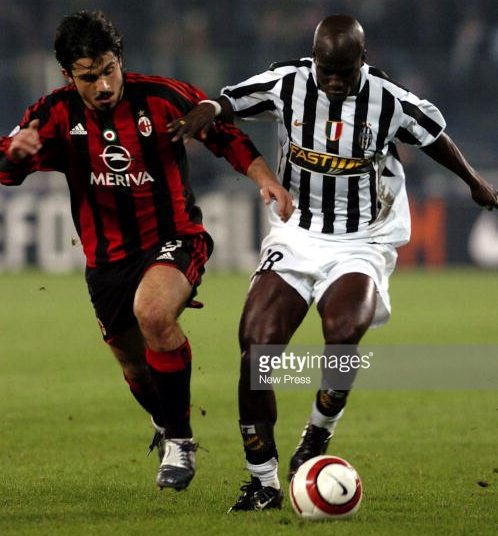 Former Black Stars skipper, Stephen Appiah, has revealed that former AC Milan midfielder, Gennaro Gattuso, was the most challenging opponent he came up against in his professional career.

Appiah faced several midfielders in his time in Italian football which lasted from 1997 to 2005 and then from 2009 to 2011. In those two spells, he played for Udinese, Parma, Brescia, Juventus, Bologna and Cessena.

Despite the number of opponents Appiah played against, he believes that Gattuso gave him the most problems especially during the Ghanaian’s time at Udinese.

“The toughest player I faced was Gennaro Gattuso and that was when I played for Udinese. We faced Salernitana, a team from the Southern part of Italy and that was where Gattuso was playing at the time.

He was so difficult to play against and he even broke my tooth by the time match came to an end. He just would not allow you to go away with the ball.

He was really the toughest among the likes of Emerson, Demetrio Albertini and the many others I came up against.”

Appiah was speaking on Betway’s Live Instagram chat with fans on Saturday, May 9.