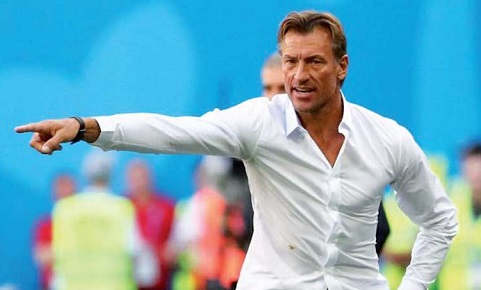 Former Zambia and Cote d’Ivoire head coach, Herve Renard, may have won the AFCON two times in his career but he still has plans of coaching Ghana and succeeding with the Black Stars.

Renard is familiar with the Black Stars after he was part of the team’s set up in 2008 and beat them in 2012 with Zambia and in 2015 with Cote d’Ivoire.

On those occasions, going past the Black Stars led to AFCON titles and Renard told TV3’s Juliet Bawuah in the latest “In Conversations With” episode on Saturday that he would love to be in charge of the Black Stars at a point in the future.

“I have a new challenge with Saudi Arabia now and that is my focus but of course, I will come back to Africa ome day to win something with a country that has not won the AFCON for a very long time.

Of course, coming back to coach Ghana will be a fantastic challenge but no one knows tomorrow.

Ghana was on top but now a little bit down. The potential is still the same. One day, it will be your management or government that decides that was want  to bring this man or maybe we do not want him because we do not like him.

How can you refuse to  to be interested in a team that always gets close and not win? So, this will be a fantastic challenge.”