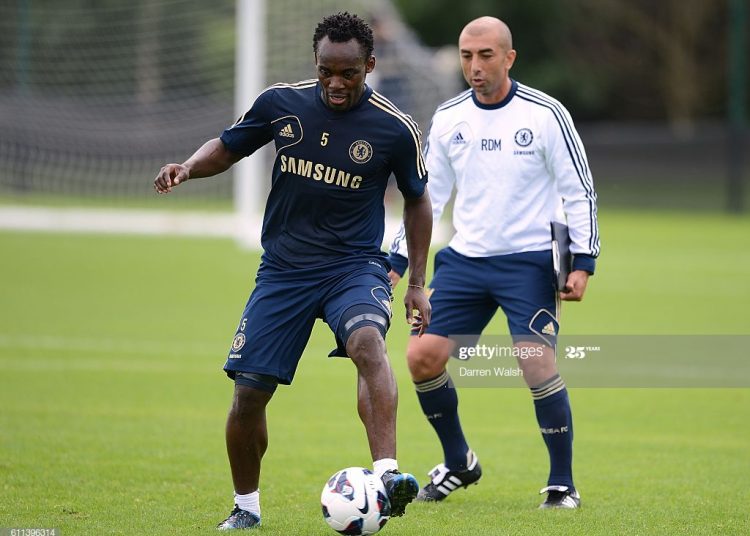 Former Chelsea Midfielder, Michael Essien has opened up on his exit from the club in 2012, just after winning the champions league.

The now 37 year old suggested he felt disrespected by former boss Roberto Di Matteo after the Italian took over from Andre Villas Boas half way into the season.

Essien initially left to re-unite with former boss Jose Mourinho at Real Madrid, before following the Portuguese back to Stamford Bridge for one more season.

In an instagram chat with South African sports journalist, Carol Tsabalala, Essien narrated the circumstances leading to his exit from the club.

“Every injury I had when I was playing for Chelsea I came back stronger. I remember my first injury was around September 2008, I came back much stronger and took my position in the team,” Essien said.

“2010 was the same but when Villas Boas came, I was unlucky because I was part of his plans. I knew him long ago because he worked with Jose. I was part of his plans but then I got injured so I didn’t play any game for him. I returned from injury and played like just five minutes for him so he didn’t really had chance to work with me.”

“Another coach that was very good to me was Ancelloti [Carlo]. He’s one of the best but he was unlucky because I started the season with him but didn’t finish. The second year I didn’t start but finished with him so he got only like a year from me which was sad. It was due to injuries.”

“Di Matteo came and obviously I was coming back from injury and I remember we played a Champions League game against Napoli and we lost. It was an away game. I think that was the last game for Villas Boas.”

“The return game, Di Matteo made the decision to put all the big boys in the game…the Lampards, Drogbas, Makeleles and the Essiens and we won 4-0 after extra time and qualified.

“A couple of weeks later he said I was not match fit which I didn’t appreciate because if that’s the case why did I play 120 minutes some few weeks ago against Napoli, but anyway everyone see things differently so I didn’t mind because I was working for the team.

“That’s when things started declining because I felt a bit down but then I had gotten an opportunity to go to Real Madrid so I proved to them that I’m back. I was playing at the right-back at Real Madrid which was one of the most difficult positions on the pitch but I managed to do it,” Essien concluded.