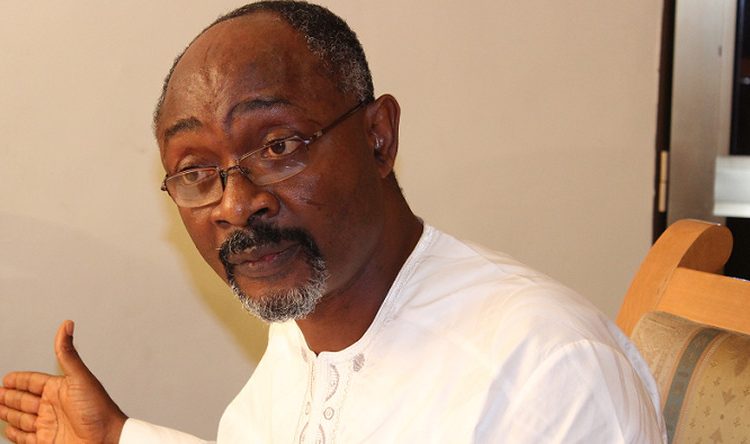 Businessman, Alfred Agbesi Woyome, has stated that he masterminded Ghana’s successful hosting of the Africa Cup of Nations in 2008, playing a crucial role in both winning the bid and executing a successful tournament.

Woyome has been engaged in legal tussle with the government since 2013, after the Supreme Court on June 14, 2013 ordered Waterville Holdings (BVI) Ltd, a company Woyome owns, to refund all monies paid to it by the National Democratic Congress (NDC) government as judgment debt over the termination of an ‘illegally’ awarded contract for rehabilitation works on the Accra Sports Stadium for the AFCON 2008 hosted by Ghana.

Woyome has always maintained his innocence in the matter, going as far as the African Court on Human and Peoples’ Rights in Arusha,Tanzania where he also lost.

In a yet to be aired interview with Umaru Sanda Amadu on Face to Face on Citi TV, Woyome said everything CAN 2008 – from winning the bid to hosting the competition, was all his doing.

“In 2001, Honorable Osei Kwaku (late), called me and asked me what we could do for the youth.So I decided that we had to turn Ghana into a sports tourism center,” he began.

“In Austria, what I saw was that they had sports mixed with other tourism activities and it earned them $40 billion per annum.

“So I said we had to do something like that. That was how it began, then it transcended to Rashid Bawa (then Education, Youth and Sports Minister), and so on.

“Then we needed to host the tournament. That brought the idea of CAN 2008. And believe you me, how did they win it in Egypt? Rashid Bawa, Rex Danquah are there, go and ask them. It was all me.

“Libya was their contestant. I had to travel to Tripoli and tell Muamar Gaddafi, ‘leave us and let’s do it’ as part of the Pan-African movement and things like that, so we won the bid, ” the former Austrian Honorary Consular General said.

Woyome went on to claim that his influence did not end with aiding Ghana to win the bid, and says he went as far as soliciting for funds on behalf of the country to enable Ghana fund the infrastructure required to pull off a successful competition.

“I had to travel to Washington to look for money. That’s why I was against the HIPC because HIPC country cannot fund a tournament hosting.

“The LOC itself, when they first formed it, I funded it because there was no money. I was later compensated for that through a court order.

“So I went to the Multilateral Investment Guarantee Agency (MIGA) of the World Bank, to get them to support the Government of Ghana in terms of guarantee because we were HIPC.

“Then I had to go to the market in New York, trading here and there, and there I got Bank Austria to give Ghana almost $1.4 billion dollars, the biggest softest loan ever to any country south of the Sahara. And that was how we could host the tournament,” Woyome concluded.

Ghana reached the semi finals of the AFCON 2008 but the quest to win the title on home soil was cut short by Cameroon who beat the Black Stars 1-0. Ghana eventually beat Cote D’Ivoire 4-2 in the 3rd place match to pick up bronze.