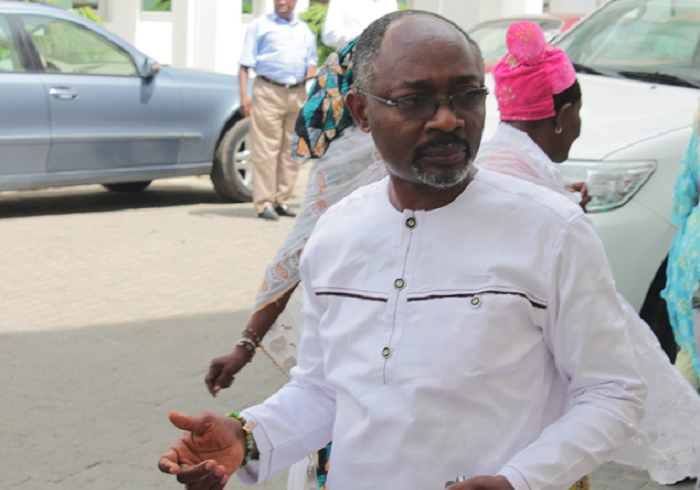 Businessman Alfred Agbesi Woyome, has stated that Ghana owes its success at their debut world cup appearance in 2006 to him.

Ahead of the competition in Germany, the Black Stars camped in Austria, partly paid for by Austrian Beverage company, RedBull.

The Black Stars went on to become the only African country to qualify to the Round of 16 of the competition before eventually succumbing to Brazil 3-0.

In an interview with Umaru Sanda Amadu on Face to Face on Citi TV, Woyome said getting the team to Austria for the pre-tournament camp was all his work.

“I want to state it categorically and clearly here, that Ghana’s ability to go to the World Cup the first time, was my work,” Woyome began.

“I had to make sure that the Black Stars were taken to Austria, trained in the Bavarian region, sponsored by a company I work with, RedBull, part of my businesses, and bused on the ground to that place.

“I had to use my own personal money to help as many people as possible to get there [Germany].

Woyome has been engaged in legal tussle with the government since 2013, after the Supreme Court on June 14, 2013 ordered Waterville Holdings (BVI) Ltd, a company Woyome owns, to refund all monies paid to it by the National Democratic Congress (NDC) government as judgment debt over the termination of an ‘illegally’ awarded contract for rehabilitation works on the Accra Sports Stadium for the AFCON 2008 hosted by Ghana.

Woyome has always maintained his innocence in the matter, going as far as the African Court on Human and Peoples’ Rights in Arusha,Tanzania where he also lost.