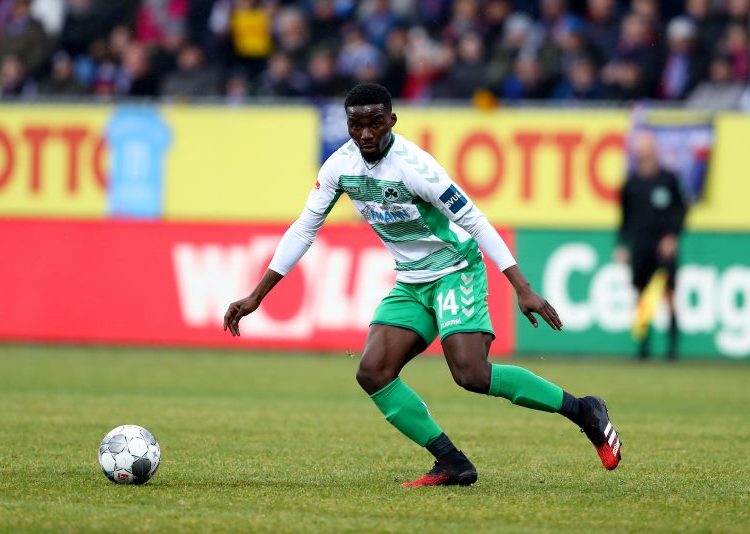 Ghana and Greuther Fürth midfielder, Hans Nunoo Sarpei says he tried the art of boxing while growing up.

Growing up in Chorkor, a suburb in Accra, Hans Nunoo Sarpei believes he could easily have swapped his football career for one in pugilism.

By the coast in Accra, Chorkor and its surroundings have been a hub for the production of boxing giants, with the likes of Azumah Nelson, Joseph Agbeko, Joshua Clottey among others have all emanated from these suburbs.

Speaking on Citi TV’s The Tracker show, the 21-year-old revealed he loves football but he could’ve turned out to be a boxer as it is the most popular sport in his community.

“Football is my first love but it got to a time I got into boxing for some time. This is because of where I was schooling. Our school was close to a boxing gym around Adedenkpo. So usually after school, we will go and play football.

It is during this time that these boxers will come and train, so when they come, we play a game against them, and they will tell us we won so they want a rematch with us in boxing. So we also have to play their sports which is boxing.

So in those times, I was also interested in it. So I was training for some time and you know where I grew up it is all about boxing. Therefore every Sunday morning, I will just go put on my gloves and fight against whichever opponent on the streets.

So yes, I was a little bit interested in boxing but I think my destiny is football.”

Rigworld’s Kofi Amoa-Abban, two others added to Asante Kotoko’s Board of Directors