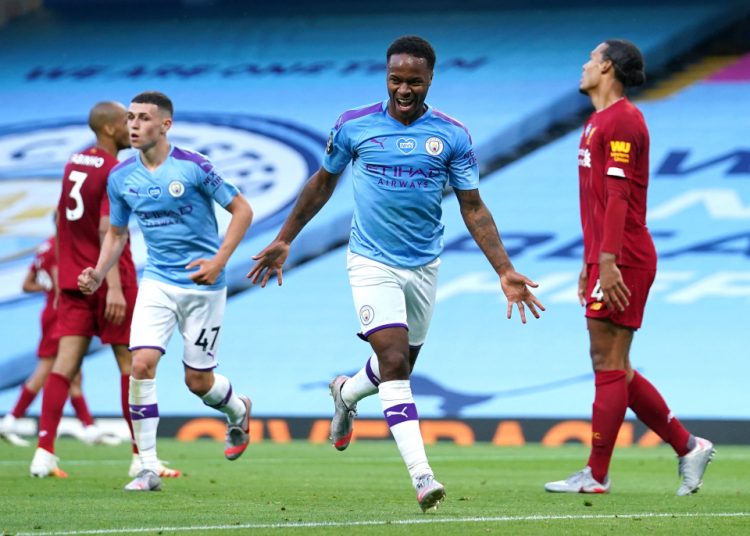 Goals from Kevin De Bruyne, Raheem Sterling, Phil Foden and Alex Oxlade-Chamberlain (og) saw a surprise result at the Etihad which left many questioning whether Jurgen Klopp’s side may have partied a little too much over the past week.

Pre-match, Liverpool walked out to a half-hearted guard of honour from City and this turned out to be the highlight of their night.

The Reds almost took the lead early on as Mo Salah hit the post from the edge of the area.

However, the home side struck first when Sterling was held by Joe Gomez and a penalty was awarded.

Sterling doubled City’s advantage after being played in by Foden ten minutes later.

The former Liverpool man will have undoubtedly not enjoyed the pre-match tradition, but appeared to very much relish a goal against his old side.

Foden then added a third on the stroke of half-time following a smart one-two with De Bruyne.

The pace slowed in the second period, but City was able to add a fourth when Sterling’s shot was helped in by Oxlade-Chamberlain.

Of course, the result affects little in the grand scheme of things, with Liverpool still 20 points clear of their nearest rivals and due to a trophy presentation in the coming weeks.