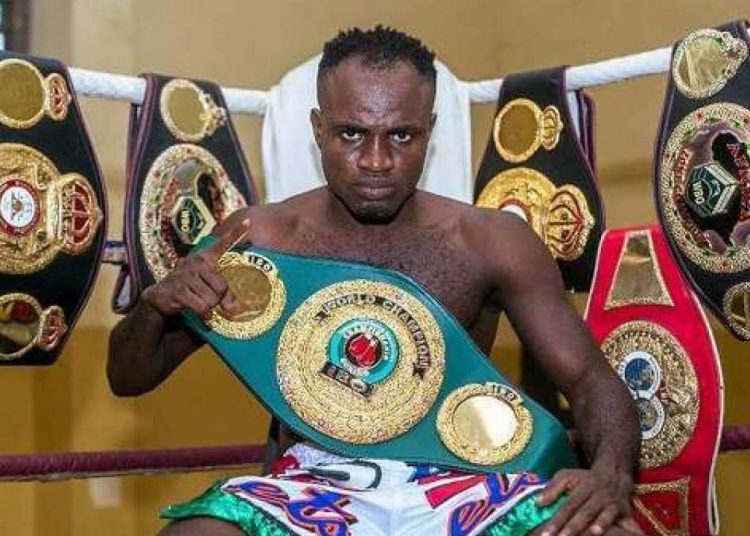 IBO Lightweight World Champion, Emmanuel ‘Gameboy’ Tagoe, is pushing for a WBO lightweight eliminator, which could take him closer to mandatory status for the world title.

Ukrainian, Vasyl Lomachenko, currently holds the WBO belt and is preparing towards his unification bout with IBF champion Teofimo Lopez.

With the winner of the above bout set to take home all the belts, the WBO would enforce a mandatory challenger, which could serve of benefit to a top contender who could benefit from the profile.

Ghana’s Emmanuel Tagoe, although further down the current WBO rankings, despite reaching the top in May last year, seems the only viable candidate to be next in line for that chance.

Wales’ Lee Selby who is above Tagoe in the WBO rankings, has an upcoming commitment in the IBF.

This leaves Tagoe and American, Ryan García, as the only boxers without any contractual obligations.

“Emmanuel Tagoe has been ready to take on any challenge for the past year,” a senior member of Tagoe’s team, Peter Kahn, told BoxingScene.com.

“He was training for a fight in March that would have strengthened his case to challenge for the WBO title, but was canceled due to the (ongoing) coronavirus pandemic.

“Right now, Ryan García has a clear path to challenge for the WBO title sooner than he would the WBC, considering recent history.”

“For whatever reason, it seems that somebody wants Ryan out of the way with the WBO.

“Either way, Emmanuel Tagoe is the benefactor and we’re here ready to take on whoever is named,” he added.

Tagoe is on a 31 fight winning streak, since losing his professional debut back in 2004.