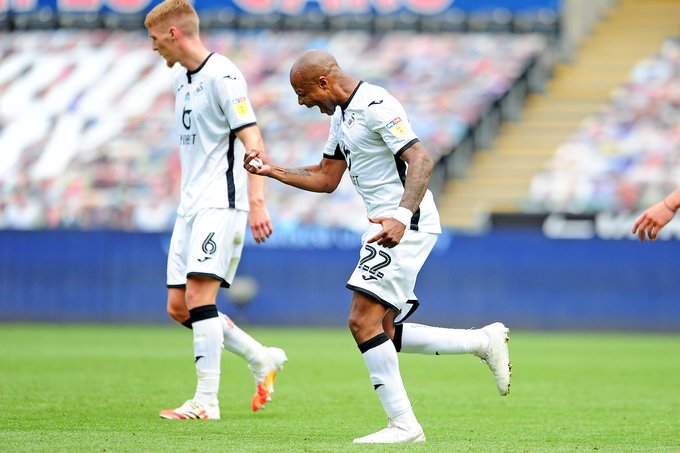 Black Stars Captain, Andre Dede Ayew , scored his sixteenth goal of the season to seal victory for his Swansea side at the Liberty stadium against Sheffield Wednesday.

Ayew, who has been very impressive for the Welsh side, once again scored in a win that could prove decisive in the Swans’ race for the Championship playoffs.

Liverpool loanee Rhian Brewster put Swansea in front from close range in the 52nd minute, before Ayew doubled their lead with a penalty in the 66th minute, after Connor Roberts was wrestled to the ground by Adam Reach.

Steve Cooper’s side are now eighth in the Championship and back within four points of the play-off places with five matches left this season.