Emmanuel Nettey: Accra Hearts of Oak is the biggest club in Ghana 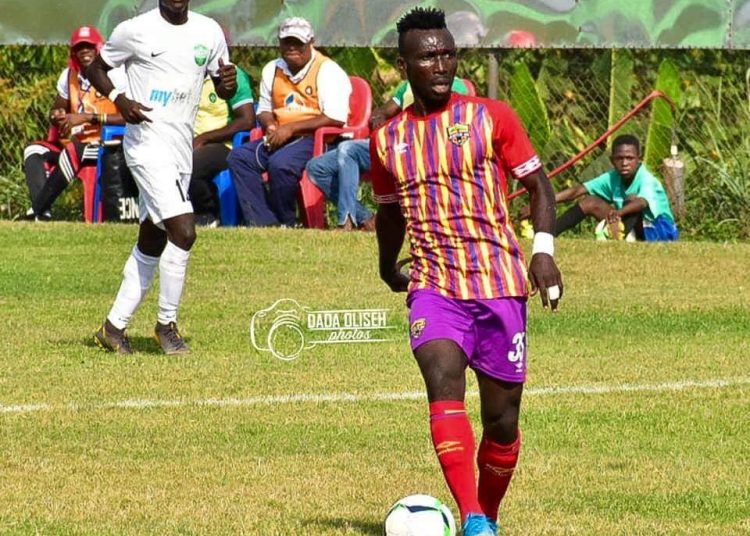 Ghana Premier League midfielder, Emmanuel Nettey has described Accra Hearts of Oak, a club he plays for as the biggest clubs in Ghana and on the African continent.

Nettey signed for the Phobians from the lower-tier side, Unistar Soccer Academy in the 2019/2020 season which has been cancelled officially due to the outbreak of COVID-19.

The 23-year-old has been a phenomenon for the one-time CAF Champions League winners bossing the affairs of the midfield for Edward Odoom’s charges.

In an interview with Sports Check, the midfielder described his club as one of the biggest in Ghana and Africa.

The midfielder said he grew up a fan of the club he currently plays for and alluded his move to Accra Hearts of Oak as the perfect timing of God.

“I grew up as a Hearts fan but had to play other clubs before coming to Hearts because I believe in the timing of God. If I had rushed to play, maybe I wouldn’t be making waves like now. We plan but God decides and He says this is the time for me to play for Hearts of Oak.”

Nettey started his professional career with a stint at Tema-based Inter Allies. His contract was terminated there and he moved to Unistar Soccer Academy before joining Hearts of Oak.