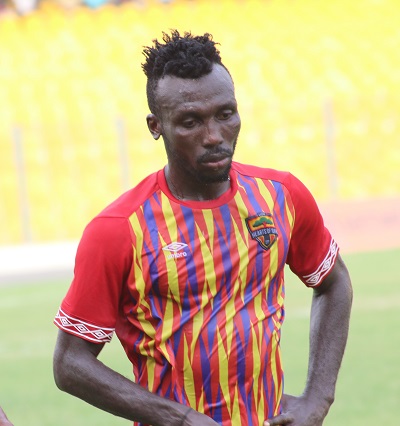 Hearts of Oak Midfielder, Emmanuel Nettey believes the club was heading in the right direction before a ban was placed on sporting activities due to the Coronavirus Pandemic.

The Accra based team were ninth with 21 points on the Ghana Premier League log before the season was halted in a bid to curb the spread of the virus.

On 30th June, the Ghana football association announced the cancellation of the league season, a decision it said it had no other option than to take.

Despite being frustrated with the cancellation of the league, Nettey understands the decision was taken in the best interest of the players.

“I felt we were actually heading in the right direction considering where we were before the league ended and if it had continued; only God knows where we would have been,” Nettey said in an interview with Citi Sports.

“But we were going to do our maximum best to put the club where it has to be.

Nettey signed for the Phobians from the lower-tier side, Unistar Soccer Academy in the 2019/2020 season and has been a key member of Edward Odoom’s team.

GFA enters partnership with FA’s of Ireland, Portugal and Finland

GFA enters partnership with FA's of Ireland, Portugal and Finland