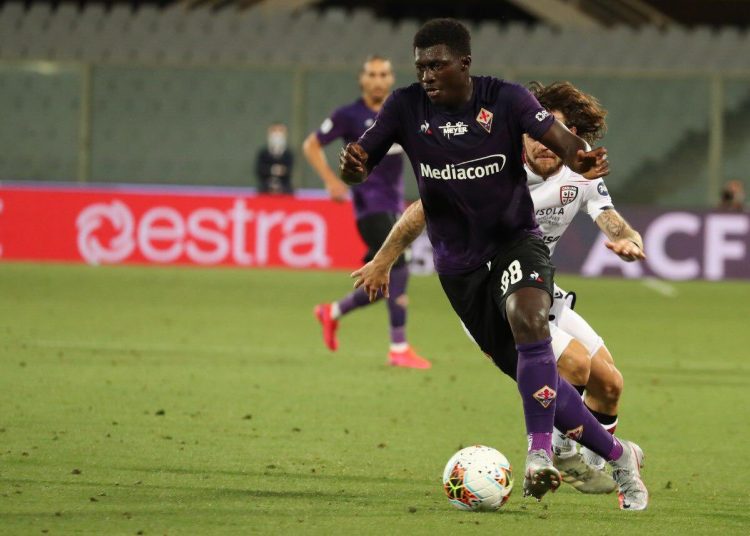 Black Stars and Fiorentina midfielder, Alfred Duncan has set a personal record in Serie A game against Cagliari.

Alfred Duncan touched the ball 105 times in the match against Cagliari, his best total in a single Serie A game 💪#ForzaViola 💜 #FiorentinaCagliari pic.twitter.com/eh57ibihoL

The Ghanaian international touched the ball 105 times, the highest ever tally he has accrued in a single game.

In 0-0 game against Cagliari, the 27-year-old controlled the game from the midfield, guiding his side to gaining a vital point in the Serie A.

Duncan since joining the Violas has had to battle with injuries but it appears he has now overcome his injury woes, playing every single game for Beppe Lachini’s side since the Italian league resumed.

Despite the injury troubles, the 27 year old has provided six assists and scored one goal in 20 appearances this season.