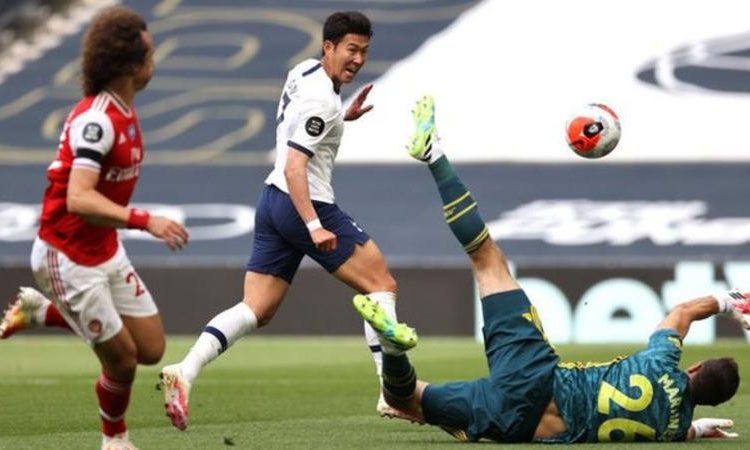 There was an eerie atmosphere behind closed doors in the vast Tottenham Hotspur Stadium but this was still a fiercely-competitive derby in the traditions of this great rivalry as Spurs and Arsenal battle for a place in Europe next season.

Arsenal took the lead after 16 minutes when Alexandre Lacazette’s rising drive flashed past Spurs keeper Hugo Lloris but Jose Mourinho’s side were level within three minutes when Son Heung-min took advantage of slack defending by Sead Kolasinac and David Luiz to score with a deft chip.

Both sides had chances to force victory with Ben Davies denied when his 30-yard drive was brilliantly turned on to the bar by Arsenal keeper Emiliano Martinez in the first half while Pierre-Emerick Aubameyang also struck the frame of the goal after the break.

Arsenal had the greater share of possession but it was Spurs who struck decisively nine minutes from time when Alderweireld glanced in Son’s corner, securing a win that leaves them in eighth place, two points ahead of the Gunners.