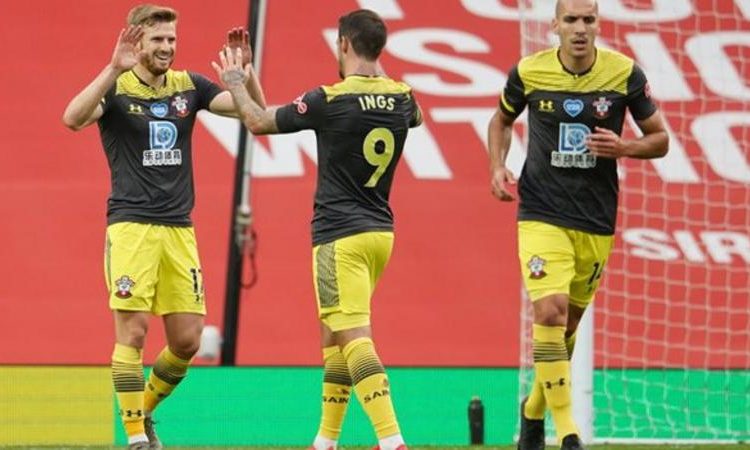 The Saints started off well at Old Trafford and went ahead through Stuart Armstrong’s 12th-minute strike, following Paul Pogba’s mistake.

Obafemi then bundled it in at the back post from a set-piece deep in stoppage time after it had been flicked on by Jan Bednarek – leaving United fifth with three games left.