Kings’ Richaun Holmes back in quarantine after leaving NBA bubble 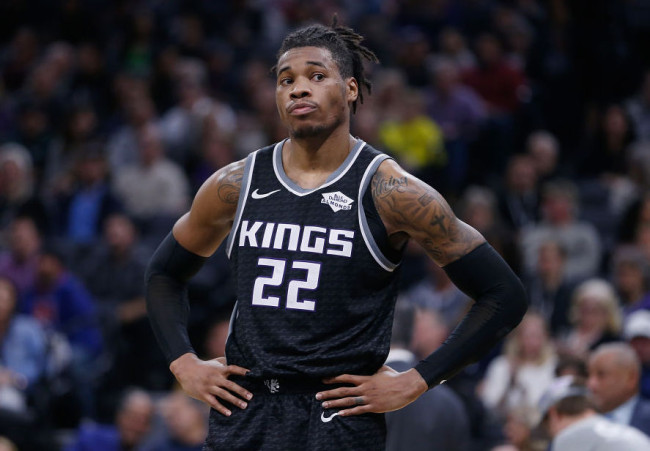 Sacramento Kings center Richaun Holmes is in quarantine once again after leaving the NBA’s bubble to pick up a food delivery.

Holmes said in a statement on Monday that he accidentally crossed the NBA’s campus line at the Walt Disney World Resort in Orlando, Florida, making him subject to an additional 10-day quarantine in his hotel room.

“I apologize for my actions and look forward to rejoining my teammates for our playoff push,” said Holmes, who has eight days left of his new quarantine period.

After players entered the league’s bubble last week, anyone caught leaving for an unauthorized reason or breaking the initial quarantine period (which included being confined to a hotel room until passing multiple coronavirus tests in a longer-than-24-hour span) was subject to the league’s reentry protocols.

That means undergoing enhanced coronavirus testing — testing with the long swab up the nose, as opposed to the less invasive tests players are getting during their time in the bubble — in addition to a 10-day quarantine period in their hotel room.

runo Caboclo of the Houston Rockets is also in quarantine again after unintentionally leaving the bubble.

“These quarantines are the result of separate circumstances in which the players had interactions with members of the public outside the Disney entrance gate, and are in accordance with the health and safety protocols agreed to by the NBA and the Players Association,” the league said in a statement regarding Holmes and Caboclo.

There will be a financial penalty if a player breaks quarantine once the seeding games start on July 30, according to ESPN’s Bobby Marks. Each game missed will project to roughly 1% of salary, meaning Holmes would have cost himself close to $50,000 for every game missed.

NBA players were sympathetic to what happened to Caboclo and Holmes, saying it’s a learning experience.