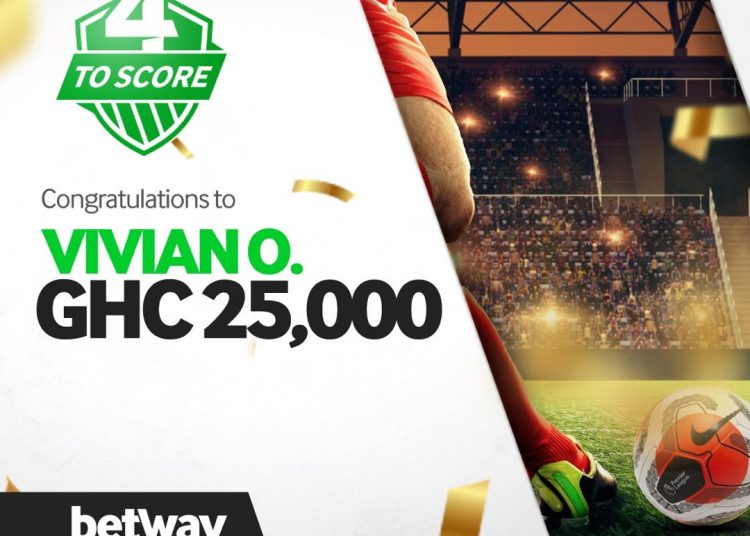 Betway’s ‘4 to Score’ promo is pretty simple – pick four games, select four players you think will score first in each of those matches.

You get it right, you win Ghs 25,000. Easy right? After all, when teams play, the chances that their top striker will score first are always high so it really should not be that hard.

That’s why we keep playing. We choose our favorite strikers to score first and hope they repay our faith by finding the back of the net.

They get their 3 points, we get our little coins.

For 23 year old Vivian Oppong, her faith was repaid last weekend when she scooped the Ghs 25,000 jackpot after the 4 players she selected to score first in the weekend’s selected games all scored first.

The men that did it? Well, doesn’t appear there are surprises in there: Raul Jimenez (Wolves), Son Heung-Min (Spurs), David Silva (Man City) and Son opened the scoring against Newcastle, Silva scored first against Bournemouth and Mane scored first in Liverpool’s defeat to Arsenal.

Vivian has given us all renewed hope that the jackpot is up for the taking; and with that vigor, I present to you this weekend’s picks for the Betway ‘4 to score’.

Go to Betway.com.gh to make your selections for the “4 to score” and any other games this weekend.