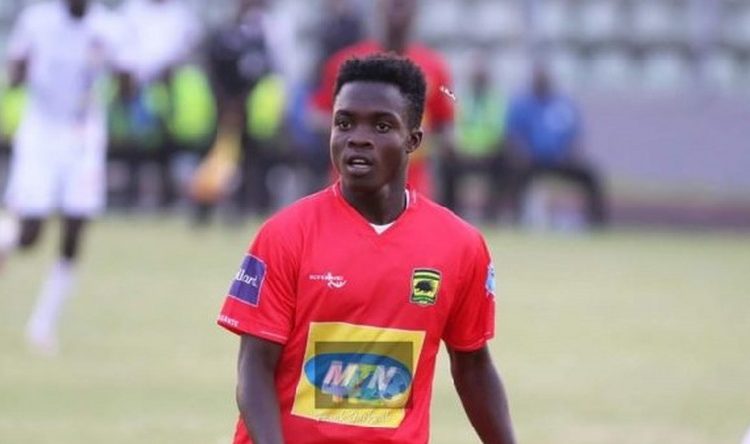 Anim Cudjoe, who was on a year loan at Asante Kotoko from Young Apostles says he has set his eyes on earning a call up to the senior national team and wants to make a difference in the team.

Anim Cudjoe, 16, has already played for the national under-20 team at the African Games in Rabat, Morocco, and was a revelation in the abortive league.

The youngster stated he was never under pressure to deliver despite the odds when playing for Kumasi Asante Kotoko.

“It is true Kotoko and Hearts are the biggest clubs in the country and playing for them comes with a lot of pressure but I was never intimidated by the huge followers. I am rather motivated when i see a huge crowd. I want to entertain them and make them happy with my style of play,” Anim Cudjoe said.